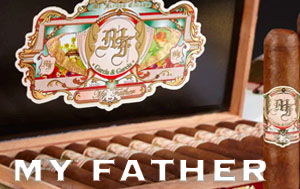 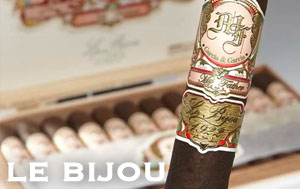 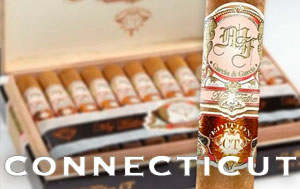 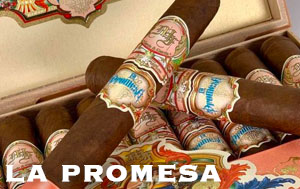 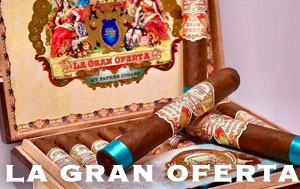 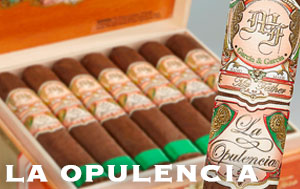 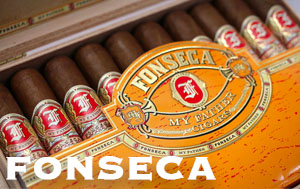 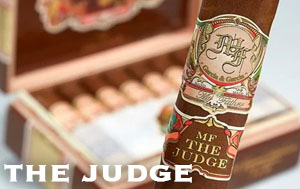 The Judge Most famous cigar smokers 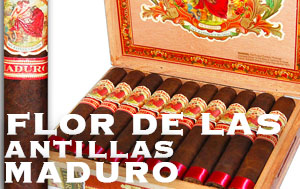 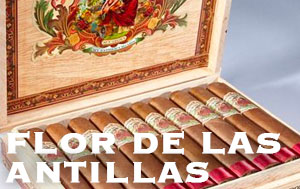 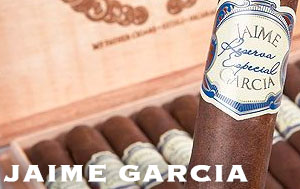 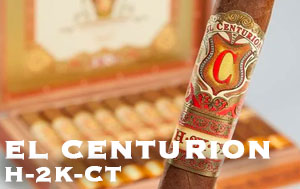 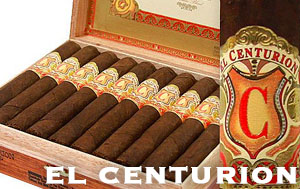 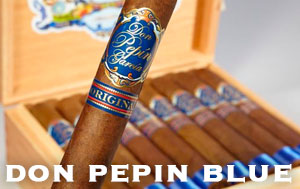 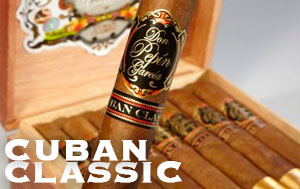 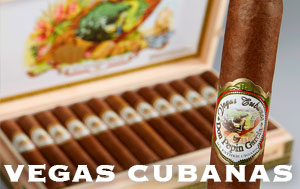 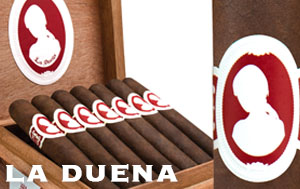 At Cuenca Cigars we specialize in sourcing and selling the best cigars from manufacturers everywhere! My Father is a respected and well-known cigar brand in the United States with its roots in Cuba.  Browse through our range and buy My Father Cigars online for delivery to your door.

The Story of My Father

The story of My Father will pull at the heartstrings of all parents. Jose Pepin Garcia was born in Cuba in 1950 and grew up to be the third-generation master blender in his family. In 2003, Jose moved to Miami and opened a small cigar factory with his son, Jaime, and daughter, Janny. It wasn't long after the store opened that Jaime created his first and later top-rated blend. Inspired by his father's passion and talent for cigar blending and rolling, Jaime named the range of cigars 'My Father.'

The Garcia family has released new cigars and won many awards since. They're also proud owners of tobacco farms in Esteli, Nicaragua where they grow many of their cigar binders and fillers. View our range of My Father cigars for sale below and either log in or register your account to buy My Father cigars online.

The Best My Father Cigars

The Garcia family are proud experts at growing, aging, and fermenting tobaccos to create their range of My Father cigars. Over the years, their ranges won many awards including Cigar Aficionado Magazine and the Top Cigars of the Year lists. Below, we've listed some of the most famous My Father cigars:

The highest-rated cigar uses a rare Habano Rosado wrapper from Ecuador and was the first cigar blended in the Garcia factory in Esteli, Nicaragua. The covering binder and filler leaves from Nicaragua provide a rounded and spicy taste. Notes of wood, earth, cocoa, and mixed nuts meet the palate.

This cigar has an average rating of 92 points in Cigar Aficionado Magazine and made the list of Top 25 Best Cigars of the Year.

This cigar was named among the World’s Top 25 Cigars and received excellent ratings of 93 and 92 since its release.

Jose and Jaime, JJ inspired the name of this cigar. It's handmade in Miami with a smooth Corojo-Rosado leaf. The binder and filler are 100% Nicaraguan. Leaning towards full-bodied, these cigars boast rich earth tones with notes of ginger, cedar, leather, and nuts.

Shop Our Range of Quality Cigars

The birth year of Jose 'Pepin' Garcia's father inspired this cigar name. This full-bodied blend of Nicaragua is wrapped in an intensely dark Habano Oscuro-Oscuro wrapper.

Translated to 'The Great Offering,' this cigar is the latest addition to the My Father collection. The wrapper is a very oily Habano Rosado filled with Nicaraguan tobacco and binder.

According to My Father, this cigar is by far the most elegant, exquisite, and carefully-crafted release by the family-owned company. The filler is Nicaraguan including Pelo de Oro leaves, bound with Nicaraguan Criollo 98, and wrapped in an oily and dark Habano Rosado.

This cigar is all about opulence, as the name suggests. The filler and binder of Nicaraguan wrapped in Mexico Rosado Oscuro created a medium to 3/4-full bodied cigar.

The name was given to this cigar due to the Ecuadorian Connecticut wrapper used to surround the Nicaragua Habano-Criollo filler and Nicaraguan Corojo 99 binder. A special fermentation process was followed when creating the filler for this cigar. It allows all the aromas and flavors the family was looking for when creating the blend.

My Father MF The Judge

This cigar was launched in 2016 after much success with the previous My Father cigar blends. This edition featured three different Nicaraguan fillers which are all grown on the Garcia farms. The tobacco is finished with Corojo and Criollo binders and a Sumatra Oscuro wrapper.

Translated to 'The Promise' the La Promesa cigar is covered in every dark Ecuadoran Habano Rosado Oscuro wrapper. The filler and binder consist of high-quality Nicaraguan leaves. The name refers to the promise made by company founder Jose Garcia to his family before leaving Cuba and emigrating to Florida.

The Don Pepin Garcia Original was included in the Top 25 Cigars of 2008!

These cigars balance rich earthy tones wrapped in a Corojo Rosado wrapper. The original "JJ" is handmade in Miami from a Nicaragua filler and binder.

The newest member of the Trio of Don Pepin Cigars is the Cuban Classic. It's the first blend of Nicaragua made in the Garcia factory in Esteli. The butternut-brown Habano-Rosado wrapper completes the handmade cigar.

El Centurion was released in 2007 in a limited 850-box edition of 3 sizes. Due to popular demand, the El CEnturion was manufactured again and is now available in four sizes. The wrapper is Sun Grown Criollo 98 and featured beautiful artwork.

Similar to the El Centurion, this cigar is wrapped in a hybrid H-2K-CT wrapper from the United States.

First released in New York in December 2009, this cigar was not made for selling. This medium to full-bodied cigar was so well received that Jamie Garcia incorporated it into the production line and it's been a top seller ever since.

The SF stands for short filler, also known as the 'Cuban Sandwich.' This is the My Father house brand filled and bound with Nicaragua tobacco and finished in a Nicaragua Habano wrapper.

With this cigar, the Garcia family honors their Cuban heritage. This 3/4 to full-bodied blend is a perfect combination of Habano Sun Grown Oscuro Wrapper with Nicaraguan binders and fillers.

The sun-grown wrapper of this cigar is harvested on Las Marias farm. the Garcia family owns and manages the farm found in the region of Mananji in Esteli, Nicaragua.

The Flor De Las Antillas was ranked number one in the Top 25 Cigars of 2012!

'The Antiquity' follows the success of Flor De Las Antillas. It's rolled with a Nicaragua filled, bound with Corojo and Criollo, and wrapped with Habano Ecuador Rosado Oscuro.

Nicaraguan fillers and binders were grown in the Esteli and Jalapa regions of Nicaragua to make this medium-bodied cigar. The Corojo Rosado wrapper was matured to bring out the best flavors. The beautifully-styled cigar box celebrates the tradition of handmade cigars.

What Our Customers Have to Say

"Great service with fast shipping. The packing of my orders are always done with much care and arrive in excellent condition." - Eldon E.

"Very impressed with how quickly they got my cigars to me. Great job. I will be ordering more cigars from you." - Walter M.

"The box was perfect, the price was better. 3 days from FL to NC, couldn’t be happier! Thanks again Ana!" - Thomas W.

With more than 20 years in the cigar business, we've sold and delivered cigars to thousands of happy clients all over the United States. Our owners, Miguel and Ana Cuenca were born in Cuba and have always dreamed of opening their own tobacco business to fuel their passion and support their family.

Throughout their lives, they share the love and craftsmanship that goes into sourcing, selecting, and rolling tobacco. They wanted to learn all about how the process, which appears to be simple, is actually an intricate and professional skill.

Miguel and Ana moved to Florida in 2001, and Cuenca Cigars was born. Whether you're a beginner or an aficionado, you'll be sure to find your perfect cigar from our range.

The founder of My Father cigars mentioned that they make their range of cigars for smokers to enjoy immediately. There's no need to mature any My Father cigars so you can buy them online and enjoy the moment you receive your order.

Browse our range of cigars online and choose to buy samplers, singles, or boxes!

What is My Father’s background?

It all starts with Jose Pepin Garcia, who came to the US from his native Cuba where he learned about the art of cigar making. Establishing his cigar company, he produced such favorites as Vegas Cubanas, Don Pepin Cuban Classic (Black Label), Original (Blue Label), and Serie JJ. Jaime Garcia brought on My Father and things have taken off since then.

What are My Father’s signature cigars?

There are many, with several having garnered top ratings, such as Flor de las Antillas Cigar Aficionado No 1 Cigar of the Year, The Judge, and especially Le Bijou 1922. Besides the original Don Pepin blends, the inaugural My Father line is also a long-time favorite.

My Father cigars lean toward the stronger side of the cigar spectrum. As more of a mild to medium smoker, do they offer something more in line in what I prefer?

Yes! Vegas Cubanas fits that mold, and other lines such as My Father Connecticut will, as well. And while the original Cuban Classic was perceived as a strong cigar, the current version is very much in the medium range, while still providing a great amount of enjoyable flavor.

Do I need to age the My Father cigars that I have?

While traditional lore says that it would be a good idea, Don Pepin is on record in saying that cigars should be produced and smoked for immediate enjoyment, so smoke up! But there’s no reason to think that setting the cigars aside for an extended period of time to meld their flavors and mellow out will hurt them.

So why should I consider My Father cigars for my regular rotation of cigars?

Quality, quality, quality! From the choice of materials to blending and manufacturing, My Father stands among the very top of what one can expect from the cigar experience. On top of that, these cigars are very much value based, giving you great “bang for the buck”.