Get ready for an unforgettable experience with Ashton Cigars. As one of the premier brands in the flourishing cigar industry, Ashton has been pleasing customers around the world for over 30 years. With its handmade construction from only the finest tobacco leaves, Ashton cigars are sure to please taste buds and set off a truly high class experience.

Whether you're an experienced connoisseur or just starting out, you'll definitely be blown away by these premium cigars. Afterall, ashton cigars are proudly sold in more than 60 countries! The company's dedication to superior quality shines through every puff. To top it off, each cigar will last for hours - giving you plenty of time to sit back, relax and enjoy this unique experience.

Want something special? Ashton's unique blend ensures your night will be nothing short of awesome! So don't wait - grab your pack of Ashton Cigars and have an amazing time today!

Step back in time and discover the roots of Ashton Cigars, founded in the 1980s by Robert Levin. With over a century of experience gained from working at Holt's Cigar Company, his father's historic Philadelphia store, Levin has become an industry veteran and a master of his craft.

Levin was determined to expand his family's business and give more people access to the cigars they loved; in 1985 he successfully launched Ashton Cigars. His initial decision to partner with the Fuente family ensured success as their passion for quality tobacco and relentless striving for excellence bolstered the Ashton brand into notoriety and fame across generations.

Today, Ashton continues to build on its rich heritage by offering cigars that are defined by smoothness, unparalleled aroma, uncompromising craftsmanship and deliciously subtle flavors that appeal to cigar lovers everywhere. Enjoying an Ashton is truly a unique journey; with complexity woven into every layer smoking one is a delight to any enthusiast.

The brand came live in 1985, after which Levin established partnership with the Fuente family to produce the brand’s cigars due to their unequivocal strive for quality and passion for premium tobaccos. Over the years, Levin has successfully been working on introducing new blends to satisfy even the most experienced aficionados: Ashton Classic, Ashton Aged Maduro and Ashton Cabinet are just some of the iconic blends that are a must-have in every humidor.

Today, the company is operated by both Robert Levin and his son Sathya Levin. The brand still adheres to their tradition by producing cigars of superior quality and supporting the brand’s prestige worldwide. The company currently produces cigars under three brand names including the original Ashton line cigars, La Aroma de Cuba and San Cristobal made on the Dominican Republic and Nicaragua, the latter two having been born out of the trusted partnership between the Levin and the Garcia families

Made of premium-quality aged Dominican tobaccos, cigars from the Ashton line are a mustsmoke of both cigar newbies and passionate connoisseurs. The line includes such iconic blends as Ashton Classic, Ashton Aged Maduro, Ashton Cabinet Selection, Ashton Estate Sun Grown (ESG), Ashton Heritage Puro Sol, and other impressive cigars. From mild, creamy, nutty notes, to dense, intensive and tempting hues, Ashton line has something special for every aficionado. 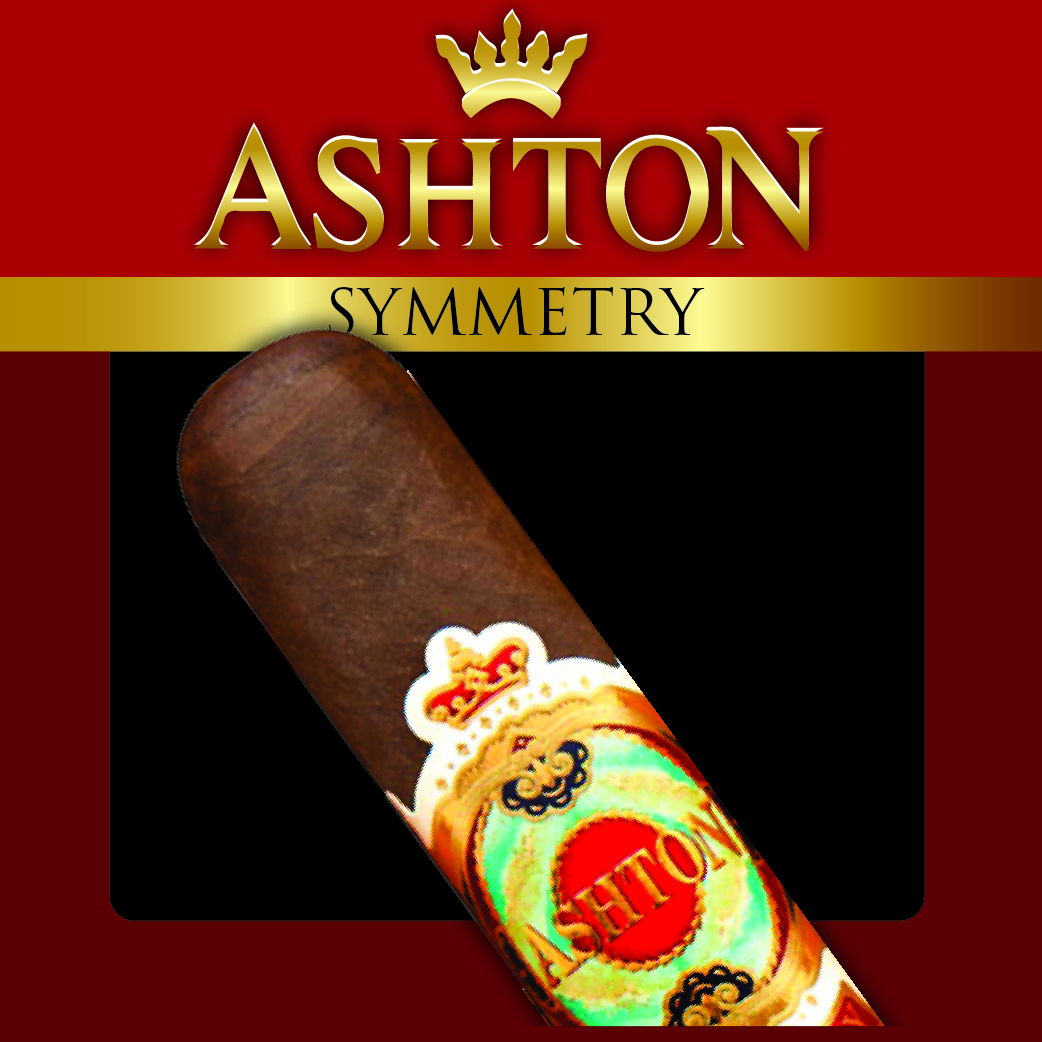 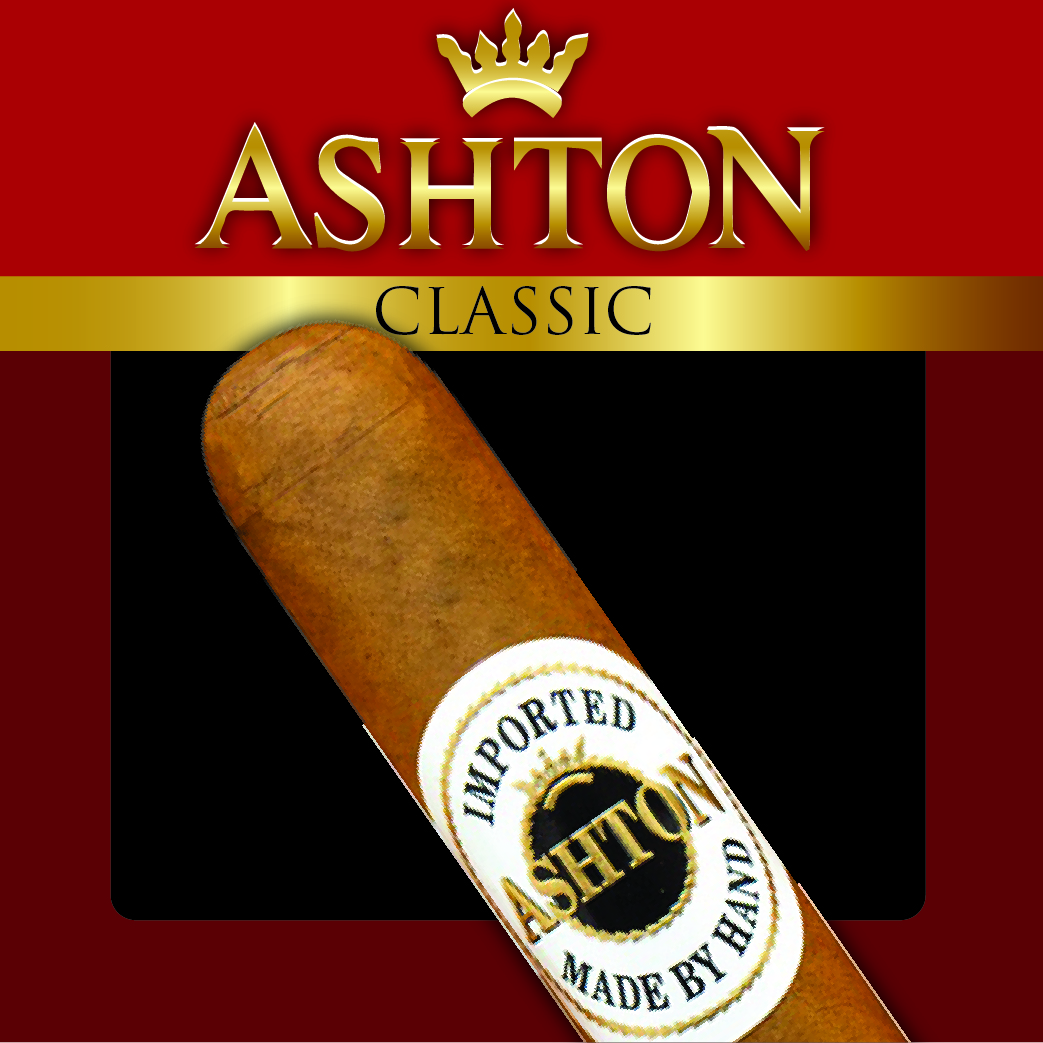 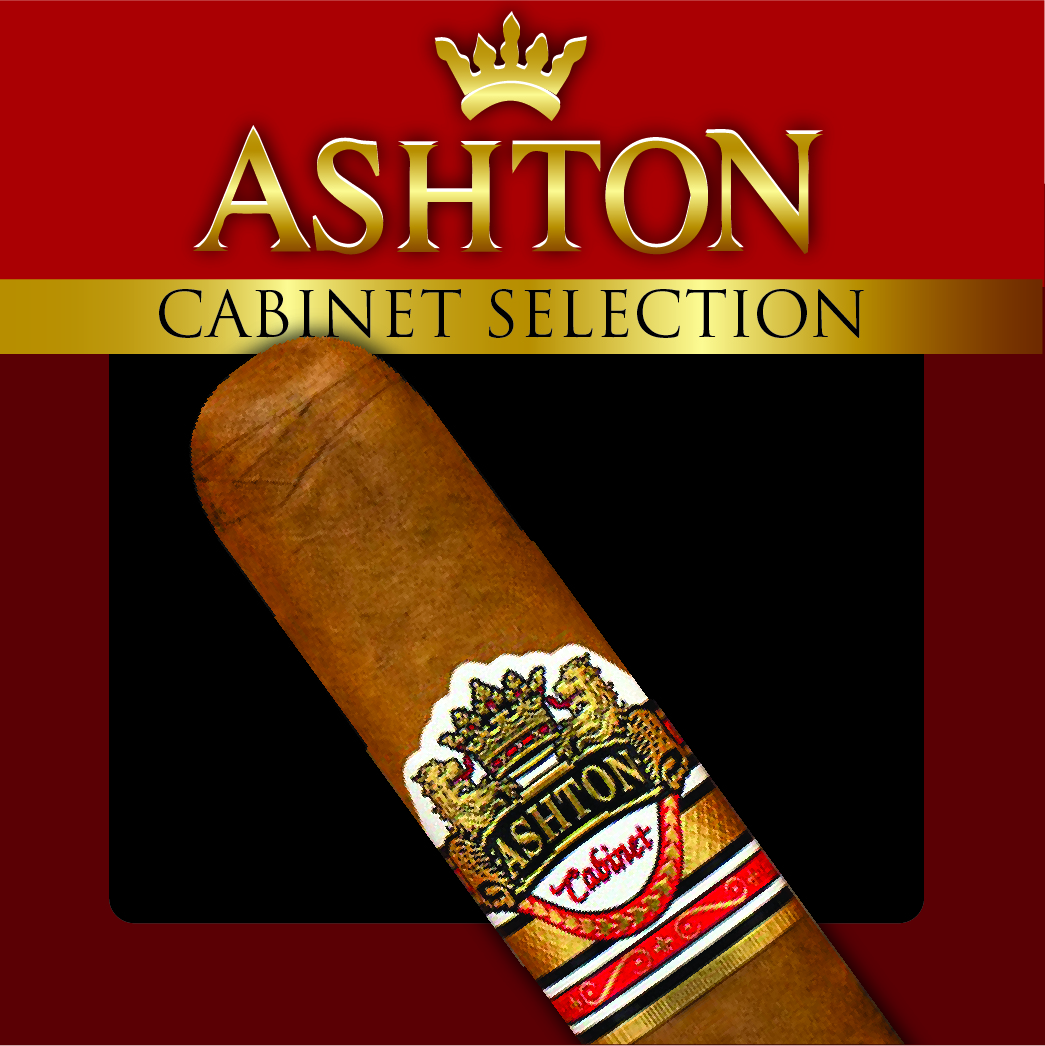 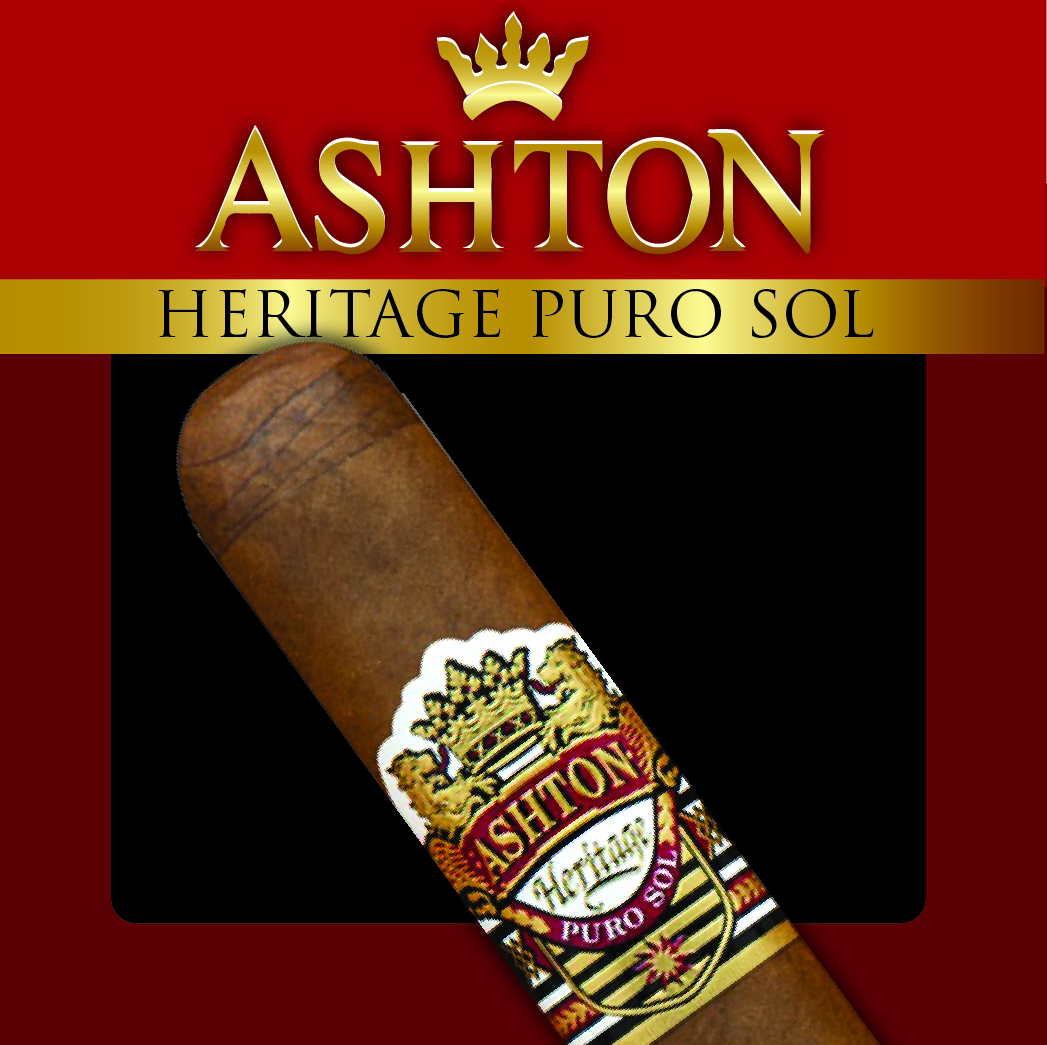 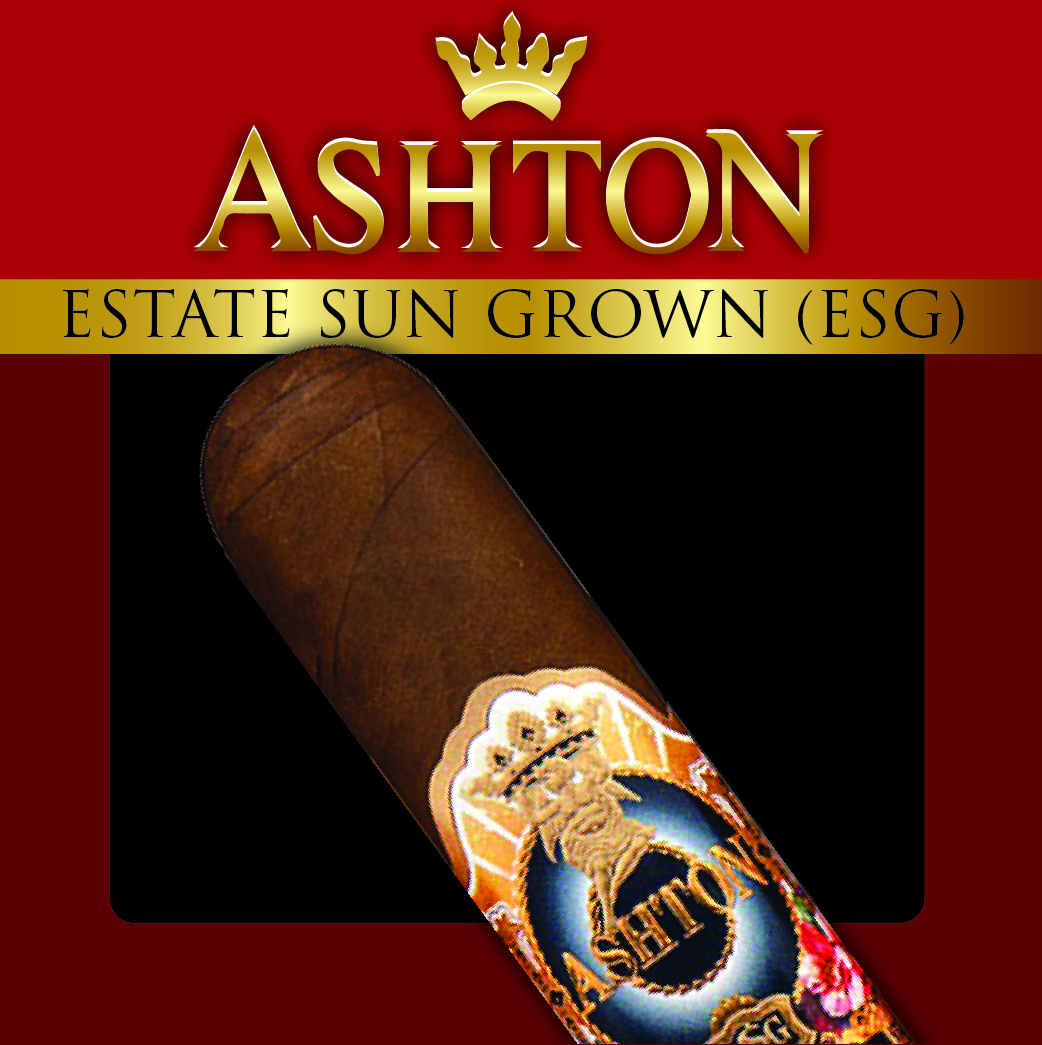 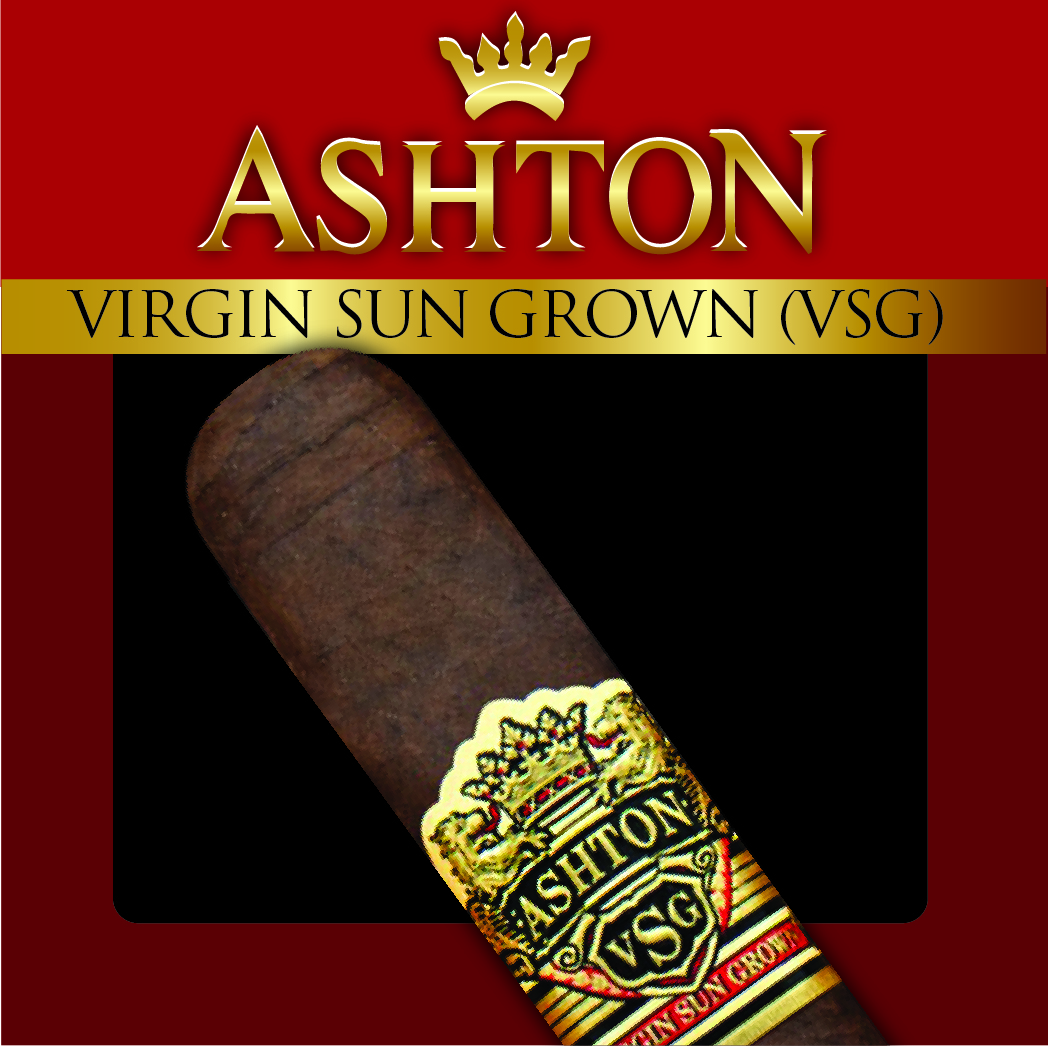 Strongest cigars are these Ashton Vigin Sun Grown, some of the most flavourfull smokes.

The brand takes its roots from the late 1880s in Cuba and immediately became a favorite of Winston Churchill when he visited the island during the Cuban rebellion against Spanish conquest as a young lieutenant. After 120 years of successful cigar production in Cuba, the brand name was abandoned and revived by Ashton Cigars: HOLT'S COMPANY CORPORATION DELAWARE 1105 N. Market Street Wilmington DELAWARE 19801 with first use dated December 08, 1999. The stared the production of these cigars under Jose "Pepin" Supervision. when Don Pepin moved to Nicaragua and stared growing its own tobacco, the modern-day revival started. This happened in the early 2000s when the brand released its iconic La Aroma de Cuba artwork. Today all the blends are made by the legendary cigar-maker Jose “Pepin” Garcia who together with his son Jaime Garcia created an award-winning portfolio of stunning cigar blends, such as the original La Aroma de Cuba, La Aroma de Cuba Edicion Special, La Aroma de Cuba Mi Amor, La Aroma de Cuba Noblesse, and other. The brand offers everything from mild cigars perfect for beginners to ultra-rare profile cigars that are especially appreciated by seasoned connoisseurs. 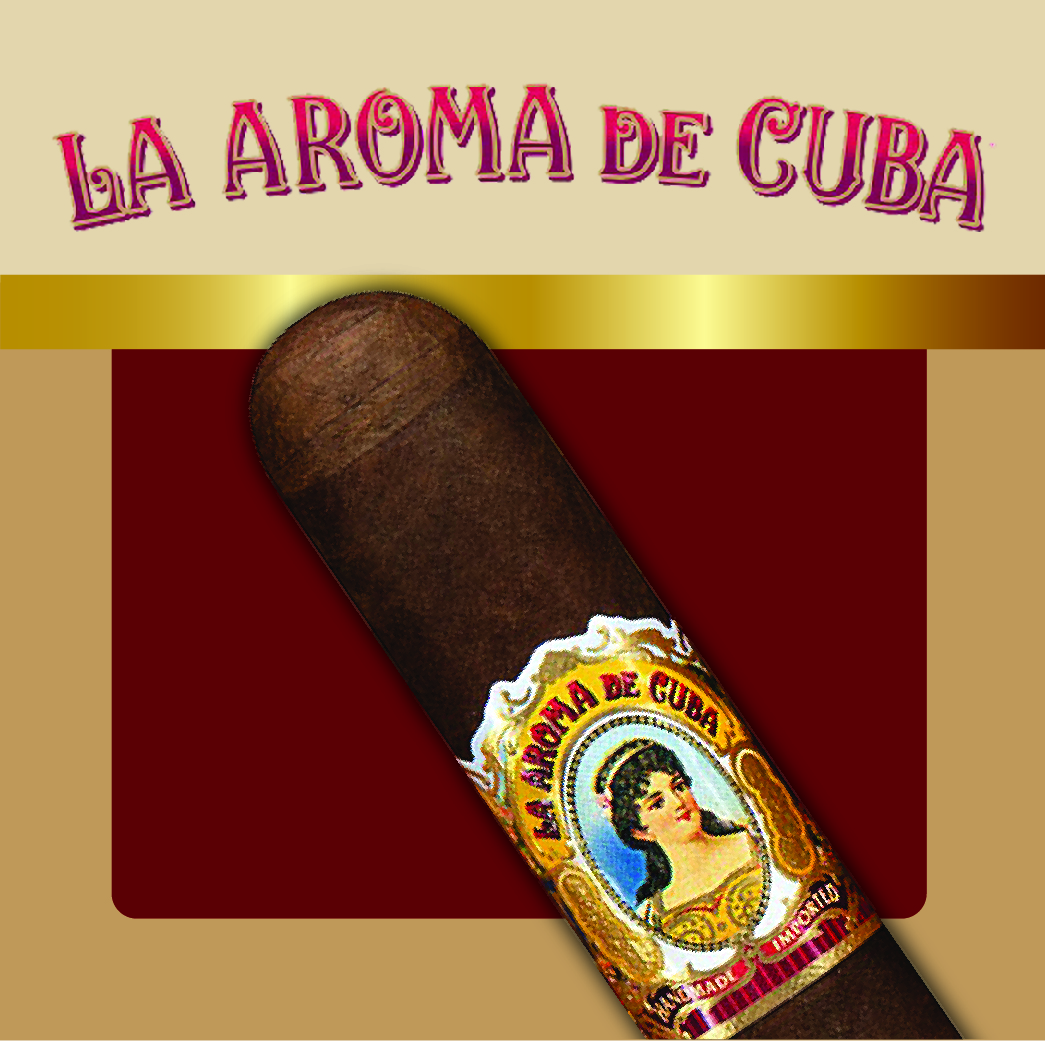 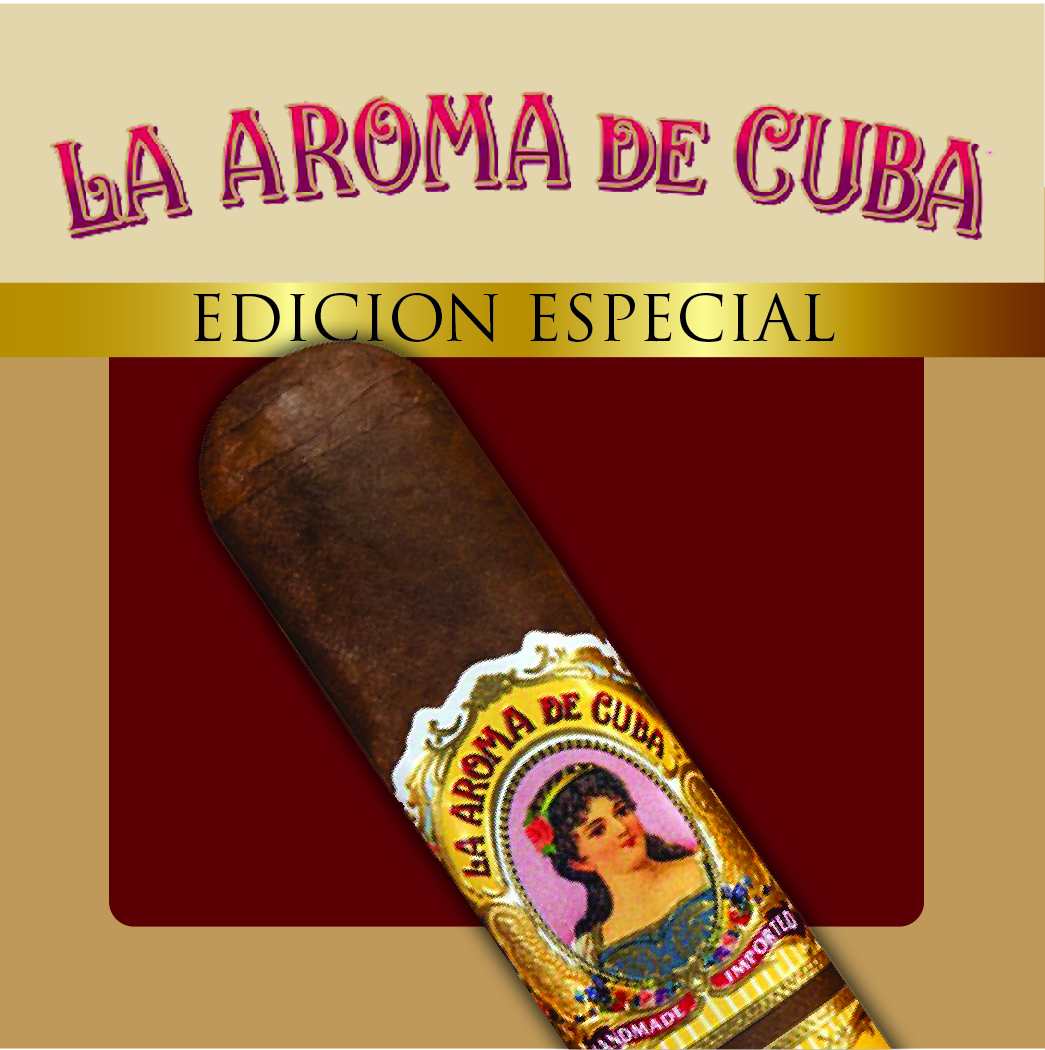 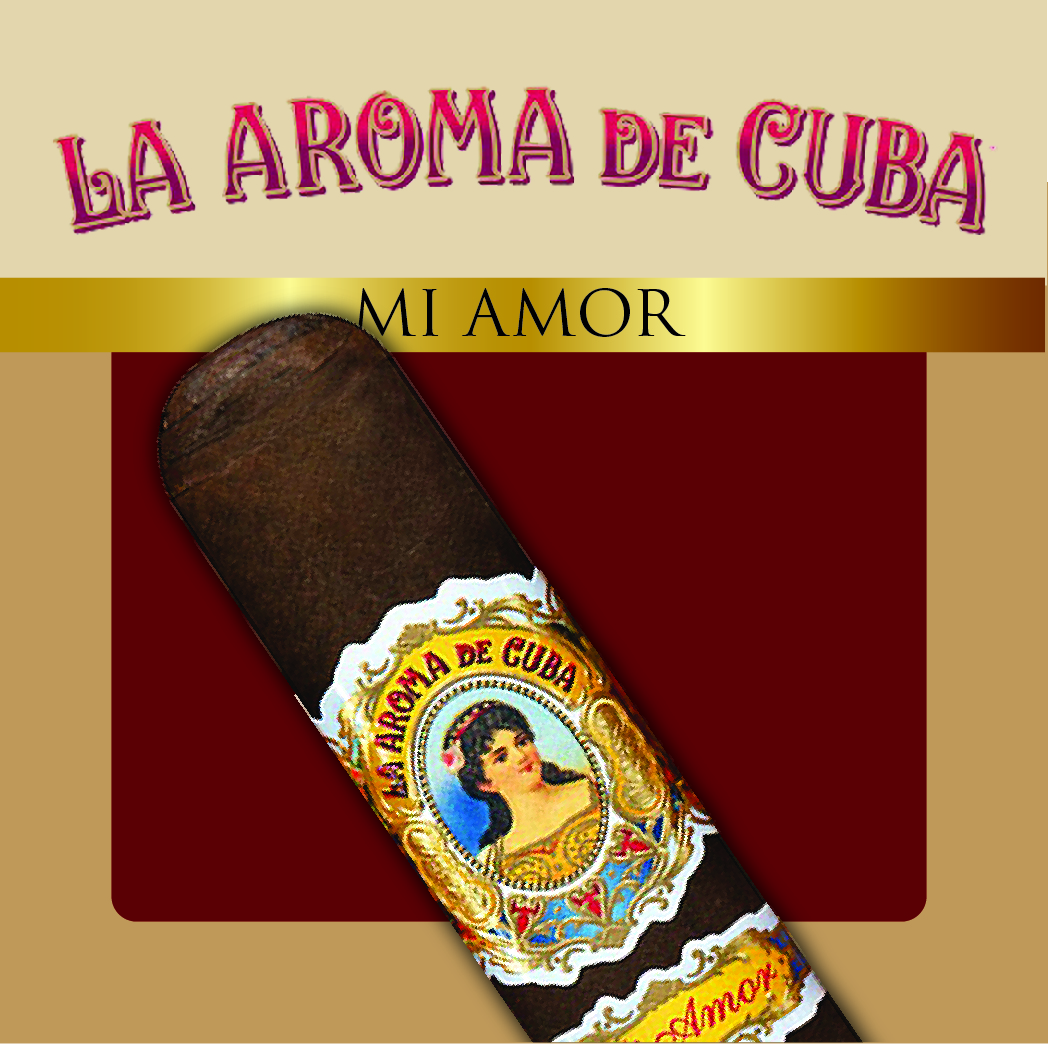 Some quality cigars are made with pasion: Shop La Aroma de Cuba Mi amor and taste the love! 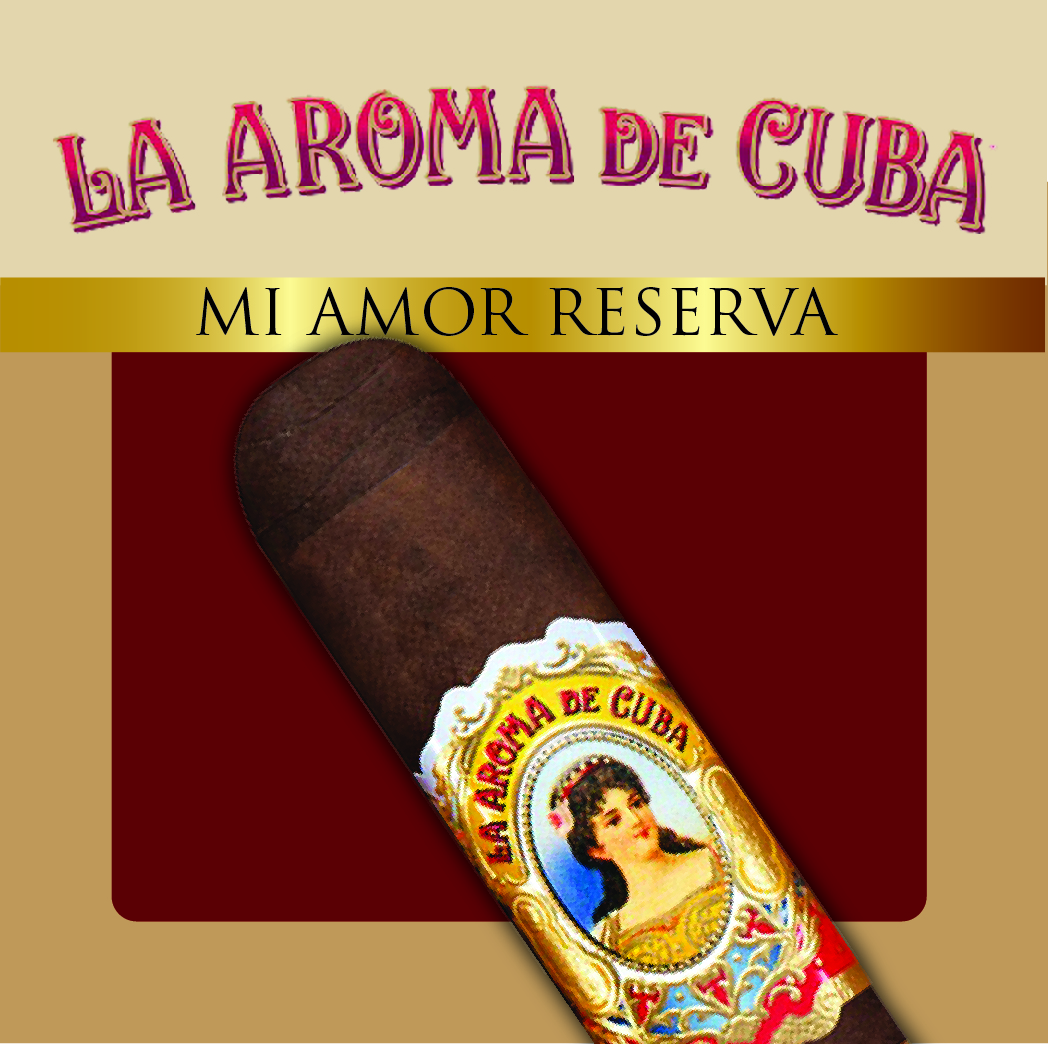 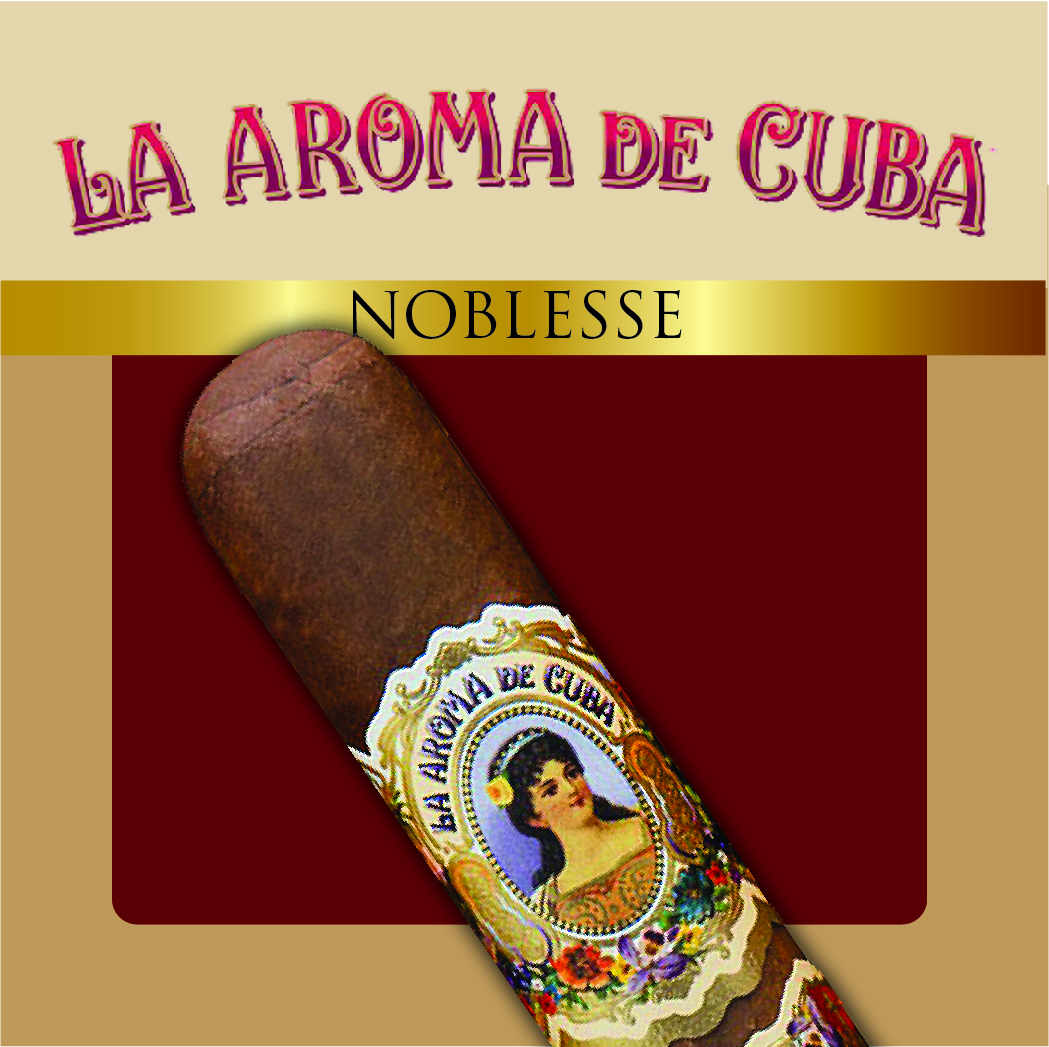 San Cristobal is another brand owned by (REGISTRANT) Holt's Company CORPORATION DELAWARE 1105 N. Market Street Suite 1300 Wilmington DELAWARE 19801. With First Use on August 15th 2007. The San Cristobal portfolio is made by the legendary cigar-maker family of Garcia. The company is based on good old Cuban traditions of cigar production. In early 2000s, Jose “Pepin” Garcia moved to the U.S. after extensive experience of cigar-making in Cuba, and started producing cigars for the American market capturing the eye of many cigar companies like Tatuaje Cigars and later, Ashton Cigars. The cigars are made out of premium Nicaraguan tobacco that fully reflected the iconic Cuban tobacco he used to work with. As a result of Pepin’s work and collaboration of the Levins and Garcias colaboration, the San Cristobal brand was officially launched in 2007, and as for now presented a great number of premium-profile cigar releases with some of the higher rating by Cigar MAgazines. The blends that San Cristobal is mainly famous for are the original San Cristobal, San Cristobal Elegancia, San Cristobal Ovation, San Cristobal Quintessence, and San Cristobal Revelation. Aged Nicaraguan tobaccos, luscious tobacco leaves, handmade construction and a perfectly balanced taste backed by a long-running family tradition - what else would an aficionado ask for? 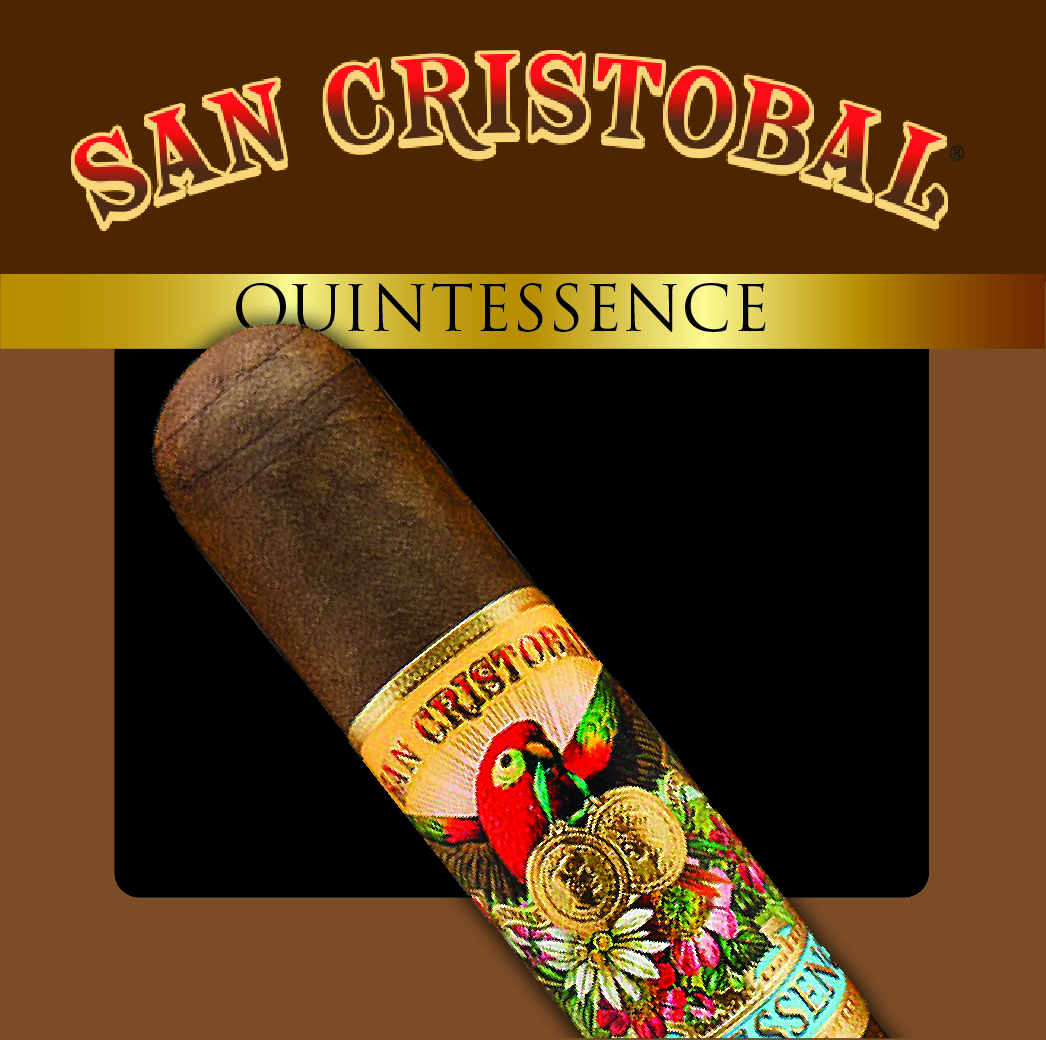 The latest collaboration between My Father and Ashton Cigars. San Cristobal Quintessence 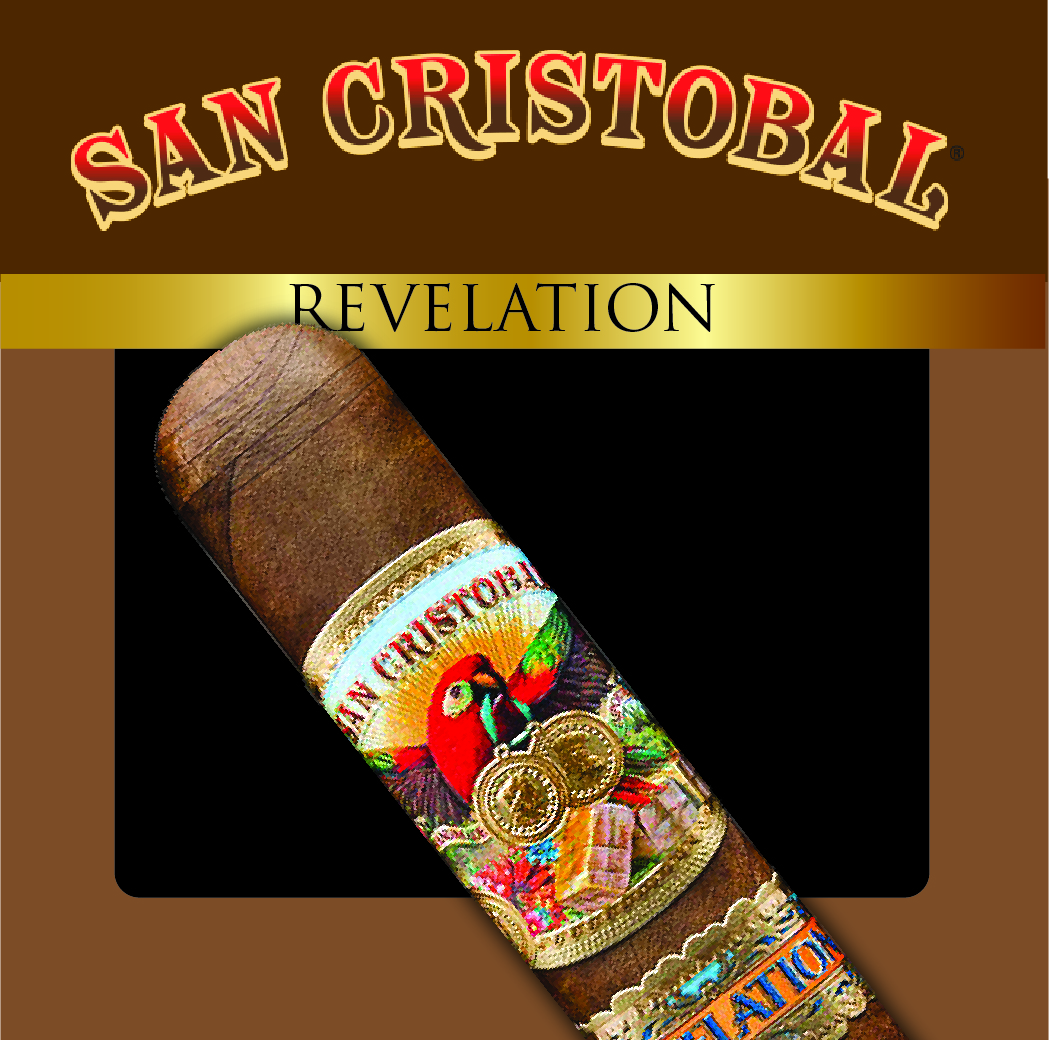 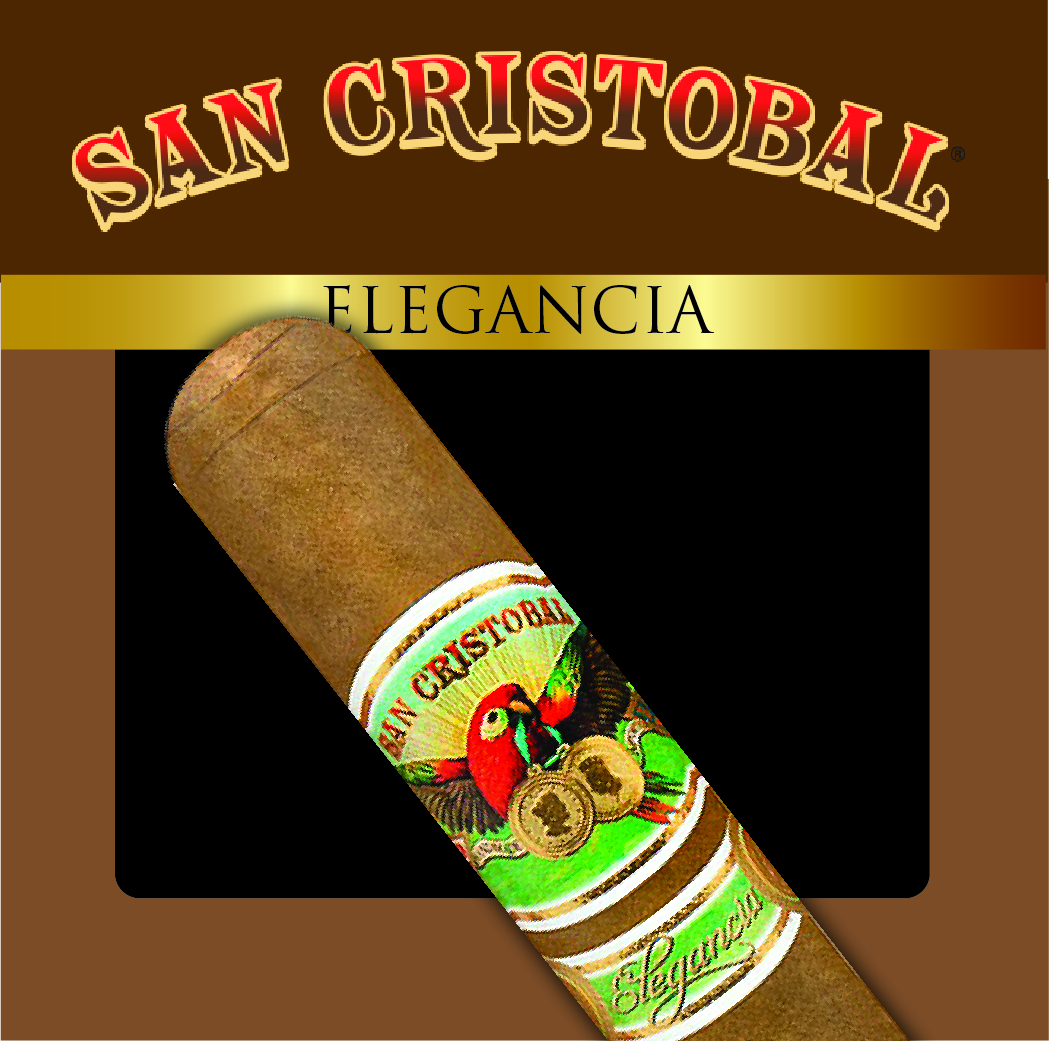 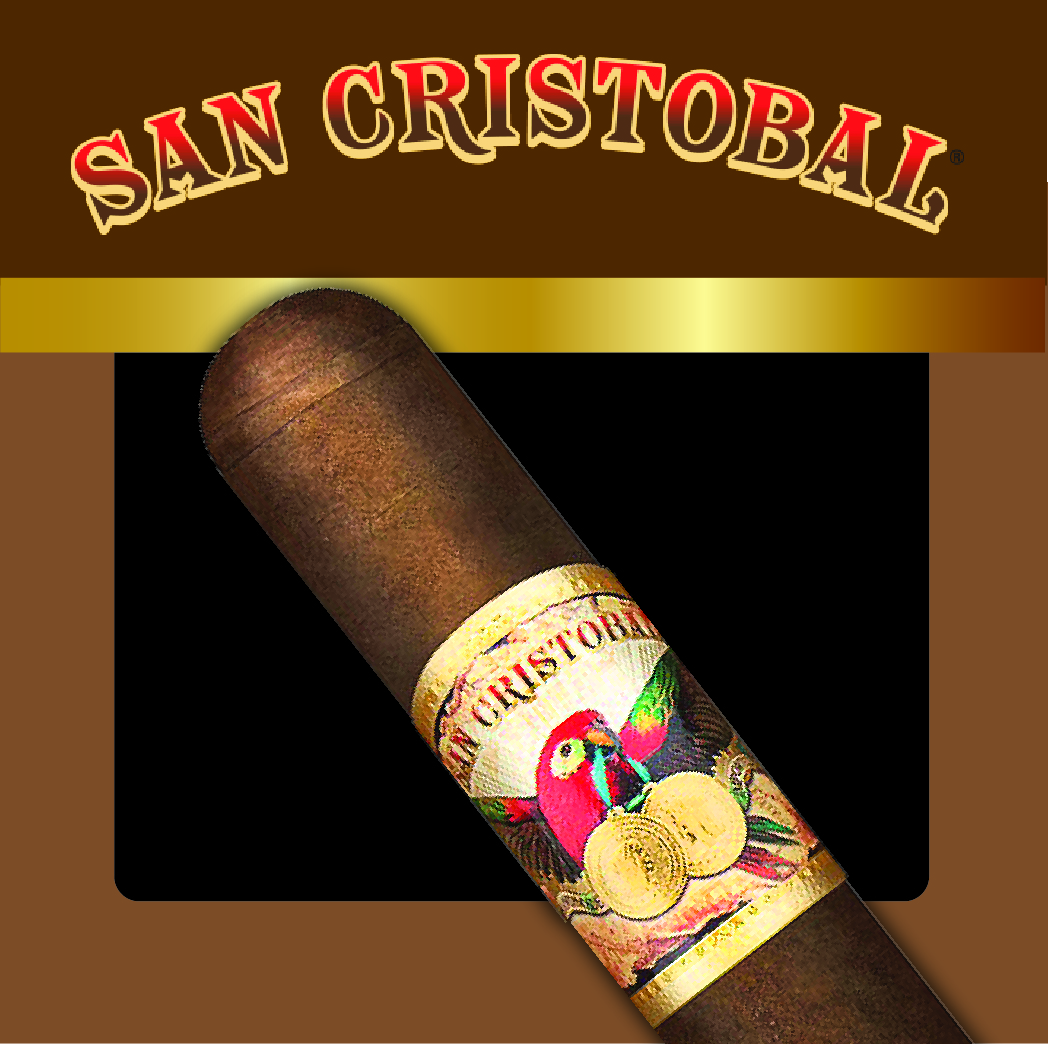 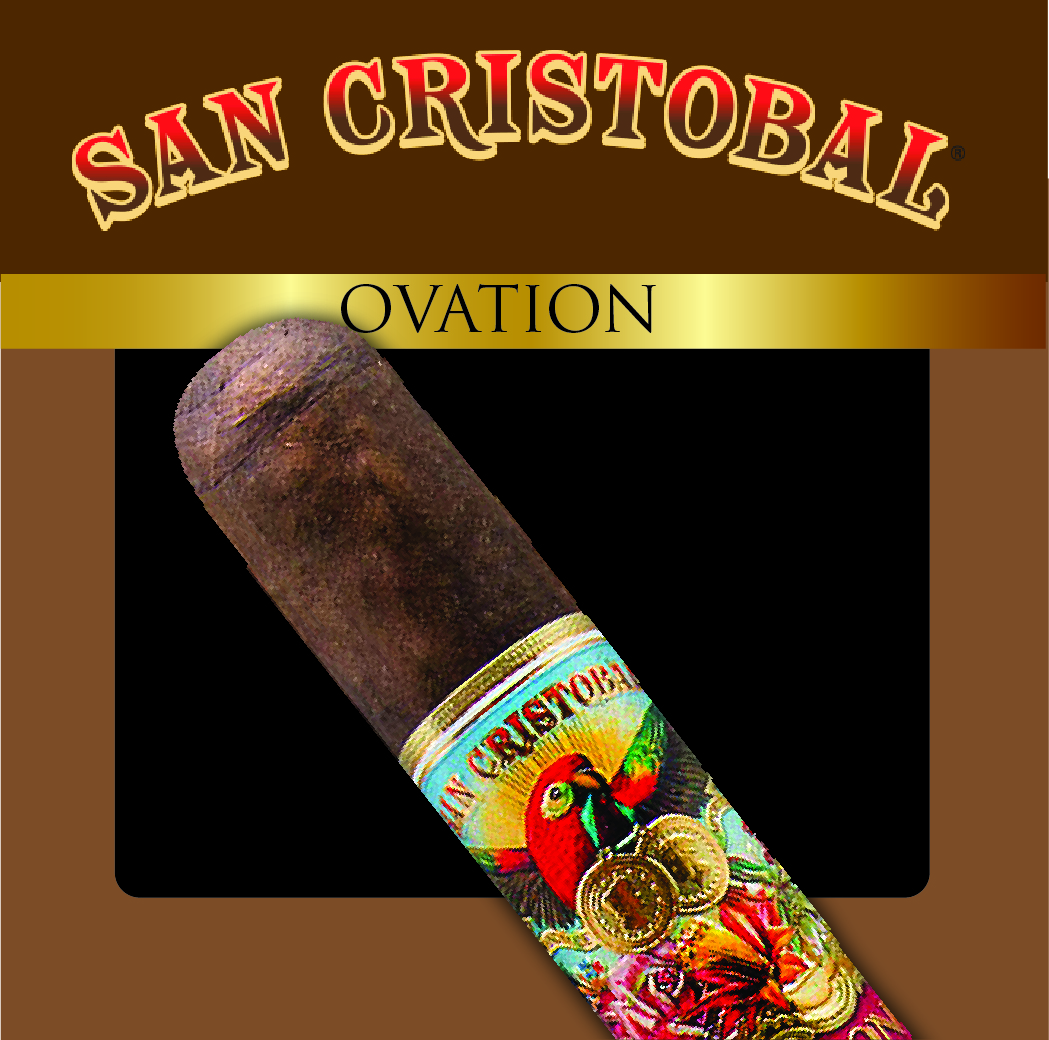 No. Although all these lines are owned by the Ashton Cigar company, their cigars are produced by different manufacturers in various factories. Ashton cigars are produced by Arturo Fuente Cigars in the Dominican Republic, while La Aroma de Cuba and San Cristobal are made by My Father Cigar Company located in Nicaragua.

✒️ What is the difference between the cigars produced by My Father Cigar Company and the ones made by Arturo Fuente Cigars?

The main difference between My Father Cigar Company cigars and cigars made by Arturo Fuente Cigars is the origin of the tobaccos used for cigar-making. Arturo Fuente Cigars is located in the Dominican Republic, and therefore uses Dominican tobaccos for Ashton cigars, whereas My Father Cigar Company, being a Nicaraguan producer, uses Nicaraguan tobacco for La Aroma de Cuba and San Cristobal cigars. Another difference is in the wrappers that are used by the two producers. San Cristobal and La Aroma de Cuba are mainly wrapped in Ecuador Sumatra, San Andres Oscuro, and Cuban-seed leaves, while Ashton preferably uses Connecticut Broadleaf, Connecticut Shade, Habano Rosado, and Cameroon wrappers.

❌ How do Dominican and Nicaraguan cigars differ?

It is hard to tell the difference without knowing the wrapper, the region of where tobacco was produced, and other factors. Tobacco and tobacco leave grown in different regions within one country - the Dominican Republic or Nicaragua - might significantly differ in taste and draws. Therefore, it is necessary to know more about the cigar to state the difference. The saying is that Nicaraguan Tobacco produces a higher strength and the Dominican Tobacco is known by the Aroma.

↕️ What cigars from the three brands would you recommend for beginners?

Ashton Cigars: if you are a cigar newbie, go with Ashton Classic which is a perfect starting point in the Ashton line. This cigar boasts a velvety smoothness alongside a balanced blend of Dominican tobacco and Connecticut Shade wrapper.

La Aroma de Cuba: start out with their original La Aroma de Cuba. This cigar is of medium strength, wrapped in Connecticut Broadleaf, and made with premium-quality Nicaraguan tobacco - perfect for beginners.

San Cristobal: try out the San Cristobal Elegancia blend if you are just starting out - this cigar is of medium strength and offers a creamy, nutty, peppery flavor perfect for newbies.

La Aroma de Cuba cigars are rather on a stronger side compared to other Ashton Cigar’s brands. Medium-bodied cigars can be found at San Cristobal, such as their iconic San Cristobal Elegancia blend offering a smooth, nutty flavor. As for Ashton, the brand offers a larger variety, from light-to-medium to full strength cigars

❓ When was each brand launched?