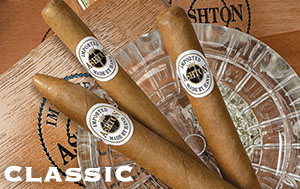 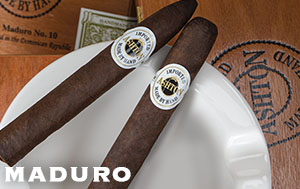 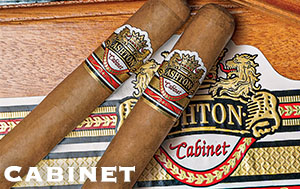 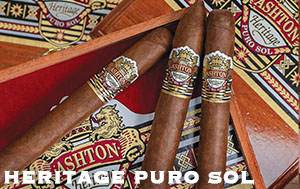 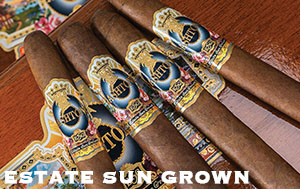 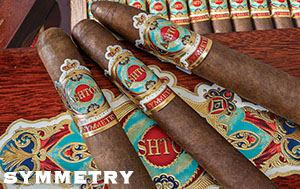 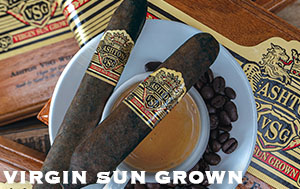 Ashton, the name of the cigar brand which requires no introduction, was born in 1985. Since then it has remained a favorite of many smoke lovers due to its unequalled quality. They are available in an array of blends, all different and very distinctive. The cigar leafs used to produce Ashton Cigars are known for their perfect aging process. They come in mild, medium and ever full body wrapped in golden brown Connecticut or in medium to full Connecticut Broadleaf. Some of their premium ranges of cigars are the first child Ashton Classic, the Ashton Cabinet Selection, the Ashton Aged Maduro, Ashton VSG, and Ashton Heritage Puro Sol, La Aroma de Cuba and San Cristobal. All their ranges offer diverse taste, satisfying feeling and pure pleasure to the cigar aficionados. Now you can enjoy them at best prices here.

➕ What Ashton Cigars stand for?

Ashton Cigars has become known for high quality cigars since its inception in 1985, working with Arturo Fuente to produce cigars ranging from mild to full bodied to great acclaim.

(:1f3fa:)What is the history of Ashton Cigars?

Ashton Cigars is a brainchild of Robert Levin, scion of long time cigar purveyor Holts Cigar Company (who is also the brand owner of well regarded San Cristobal and La Aroma de Cuba). The Ashton Classic, a mild Connecticut wrapped smoke, was first released in 1985, and was soon followed by a succession of well received lines, with Levin enlisting the expertise of Carlos Fuente Sr. and Carlos Jr. to produce the Ashton brand. From there they expanded to Nicaraguan cigars using My Father Cigar Company to expand the San Cristobal and La Aroma de Cuba marking a new era for Ashton Cigars. Now with a more complete portafolio. Including Dominican and Nicaraguan tobacco.

Quality blending and construction. These cigars are well balanced and flavorful, whether mild or full bodied, and expertly constructed.

↕️ Which of the Ashton cigars should I be looking for?

Mild smokers and newbies should keep their eyes on the Ashton Classic, the Cabinet Selection, and the Aged Maduro. Moving up in body and strength, the Estate Sun Grown (ESG), Ashton Symmetry, and very popular Virgin Sun Grown (VSG) are all highly rated cigars and in Cigar Aficionados Humidor selections. Moving to the Nicaraguan Tobacco, for those that enjoy the spiciness and peppery flavors, you should be looking for La Aroma de Cuba Mi amor, among our favorites smokes.

(:1f60e:) Why should I be considering Ashton Cigars?

These are not middle of the road cigars that are pumped out in huge volumes. They are meticulously blended and manufactured smokes that deserve a good look. They may not be the most inexpensive of cigars, but the effort put into making them makes it worthwhile. Give them a try!