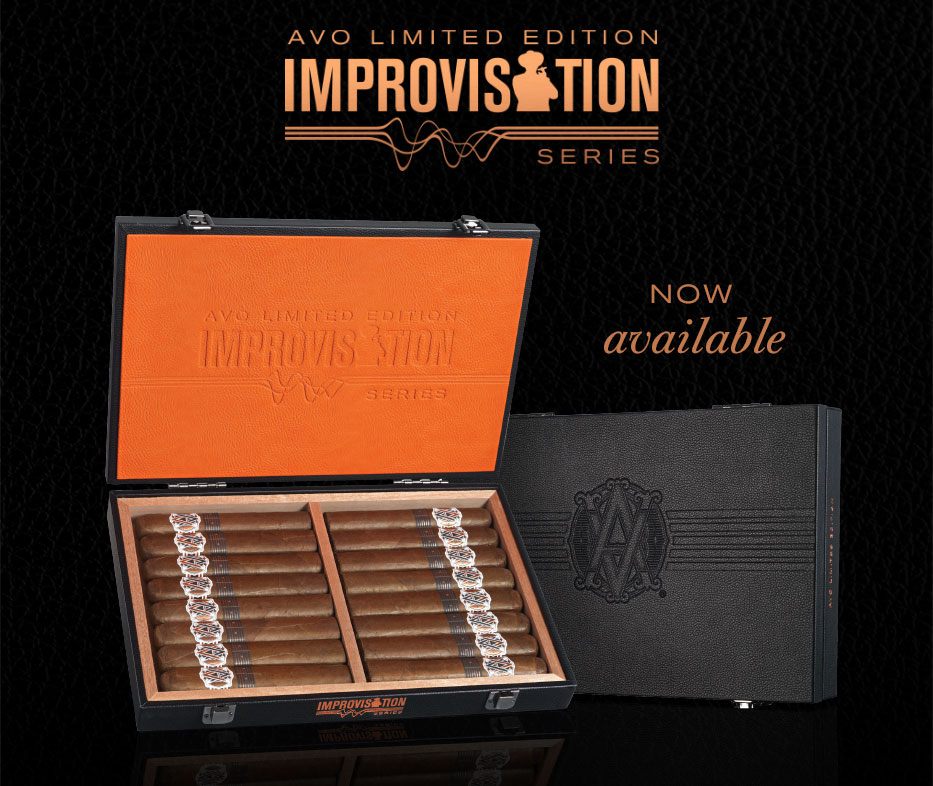 Avo Limited Edition Improvisation series 2017 is here. Just not too long ago we received the sad news of Mr. Avo Uvezian passing, this could be the latest project he was working on, so let’s pay respect to our master and get to smoke this fantastic cigar. As he used to say: “Much like music, sometimes you find the notes and sometimes the notes find you.”

This new AVO Improvisation LE17 features a blend of rare tobaccos carefully aged and it only allows the production of 2000 boxes. This is to this days one of AVO’S most unique blends in a limited release. With and Habano Ecuador Marron Claro wrapper, binders Olor Zona 7 from the Dominican Republic and a combination of fillers from Nicaragua and Dominican Republic namely Esteli Ligero, San Vicente Ligero, San Vicente Mejorado Seco, Piloto Ligero and Piloto Seco. The level of exquisites in this blend is to the detail.

For the first time, AVO is making a six by sixty (6 x 60) ring gauge cigar that is also Box Pressed. This is the fifth installment of the AVO Improvisation series. The cigar is an improvised collaboration from the previous release of AVO Syncro Nicaraguan, Syncro Nicaragua Fogata and the Coveted AVO LE 2005. The new blend uses a combination of the tobaccos used on these releases.

AVO cigars have come a long way. Many new releases were made between 2015 till 2017 with this LE 2017 been the last masterpiece of AVO Uvezian. All of these releases have gotten the best cigar rating ever. Just to name a few, AVO Classic No 5 received 90 points by Cigar Aficionado Magazine, AVO Syncro Nicaraguan Short Robusto also with 90 points, AVO Syncro Nicaraguan Toro received a 93 points by cigar aficionado in January 1st 2016. Avo Syncro Fogata was No 6 Cigar of the Year by Cigar Dojo. Cigar Snob Magazine gave it a Number 3 for their 2016 Top 25 and also a 92 Points rating to the Robusto. The AVO 90th Classic Covers, AVO Uvezian most personal blend and also very high rated.

Avo Uvezian died at the age of 91. His life was play with dignify and passion. He gave us not just fabulous cigars blends but also his music. We are today celebrating his life, let get together and smoke his last production Avo Limited Edition Improvisation series 2017. The spring release of the Improvisation series is available now at Cuenca Cigars in Hollywood, Florida.