Our COVID-19 Response | No International Shipments until further notice. Sorry for the inconvenience.

Please make sure you order now. Supplies will delivered First In First Out. You can always call us at 954-364-7660 or via email at sales@cuencacigars.com

Be Safe and good luck to us all!

Padron 1964 Anniversary Cigars is a superior creation of the Padron family known for the very best cigars under their belt. A concoction of choicest Nicaraguan tobaccos which are patiently aged for a significant period goes into forming this limited series of cigars. A sun grown natural or Maduro wrapper enwraps this powerful blend beautifully. Like the true Cuban style each of these cigars comes in box pressed format and boast of flawless construction and perfect draw. The flavors of these cigars are laced with notes of spice, coffee bean, cocoa, earth, and hazelnut making it a delicious tick. No wonder these cigars have earned a stellar 95 point rating and a spot in the top cigars list compiled by Cigar Aficionado. Padron 1964 Anniversary Cigars are available in a huge variety of vitolas making it even more convenient for the cigar lovers to choose their favorite. To experience the taste of the Padron 1964 Anniversary amazing cigars place an order nowhere else but at Cuenca Cigars and get them at the best online price.

The Best Nicaraguan Cigars: 5 to Add to Your Collection

If you enjoy a good cigar, then you may be wondering what the best Nicaraguan cigars are. We invite you to test them out for yourself. 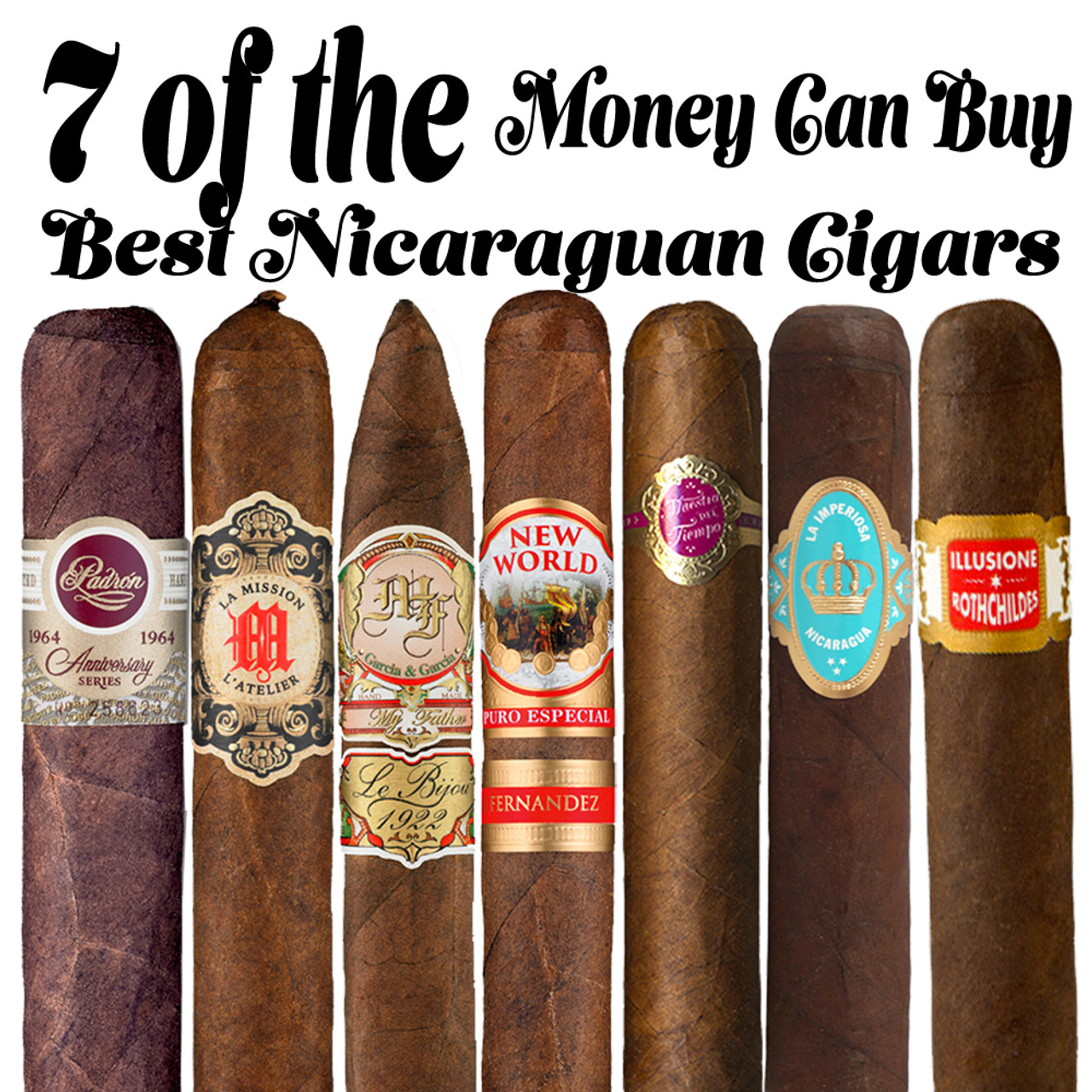 You can view the video here.

The video lasts for 3 minutes and 13 seconds.