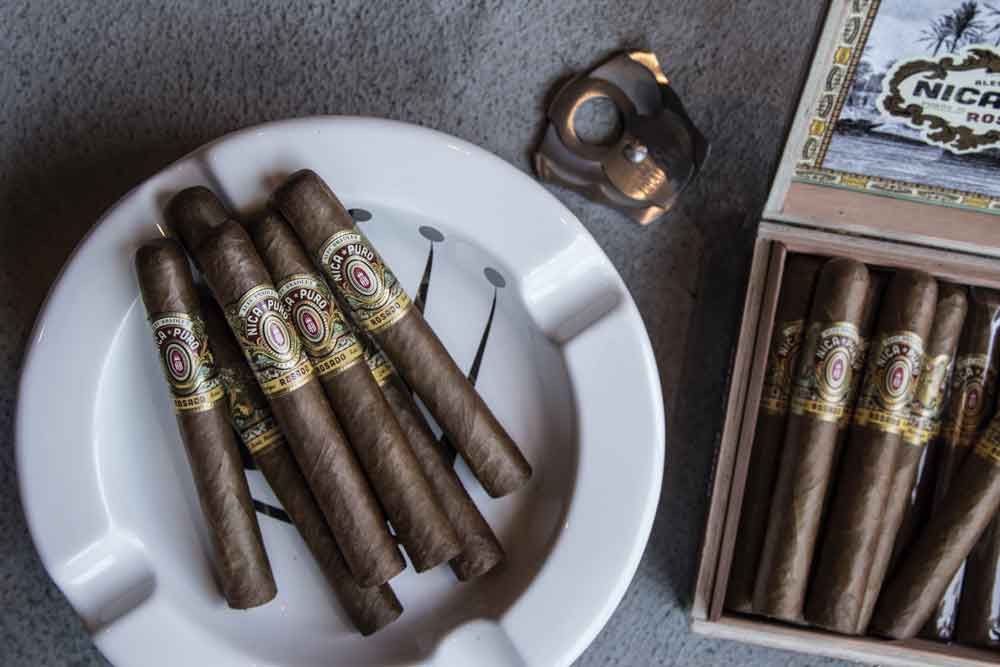 Alec Bradley is not known for rushing cigars into production. In fact, it's quite the opposite. The Alec Bradley Nica Puro line was announced in 2012 and expected in late 2012, but was delayed until 2013 because Bradley felt that the cigar was not up to the usual high standards of his company. When it was finally launched, cigar enthusiasts realized it was worth waiting for- Alec Bradley Nica Puro cigars have received highest ratings since its debut.

Alec Bradley Nica Puro Rosado cigars are medium to full-bodied and can please beginner and expert smokers alike. Get the cigars in boxes of 20 for the best online prices from Cuenca Cigars.