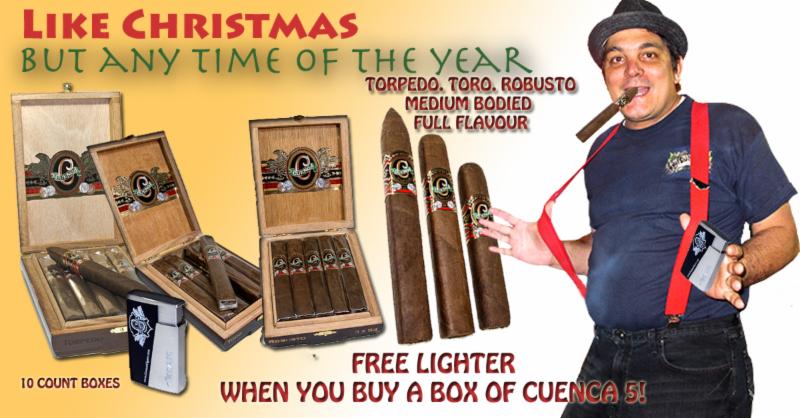 Cuenca 5 Anniversary Cigars is a medium to full body cigar with a full flavor profile accented with spicy notes.

The wrapper is made of Nicaraguan Ligero Jalapa which gives it certain sweetness and makes the character of the tobacco. The Nicaraguan Ligero Jalapa is a dark sun grown wrapper.  The binder is a new experiment with Criolla Cubana 2010 seeds which was considered to have excellent results and also adds strength and emphasizes the sweetness of the blend. The filler is made of Dominican Tobacco to add the aroma and Nicaraguan Tobacco to define the strength. The blend resulted in a very unique blend that is Cuenca 5 Anniversary.