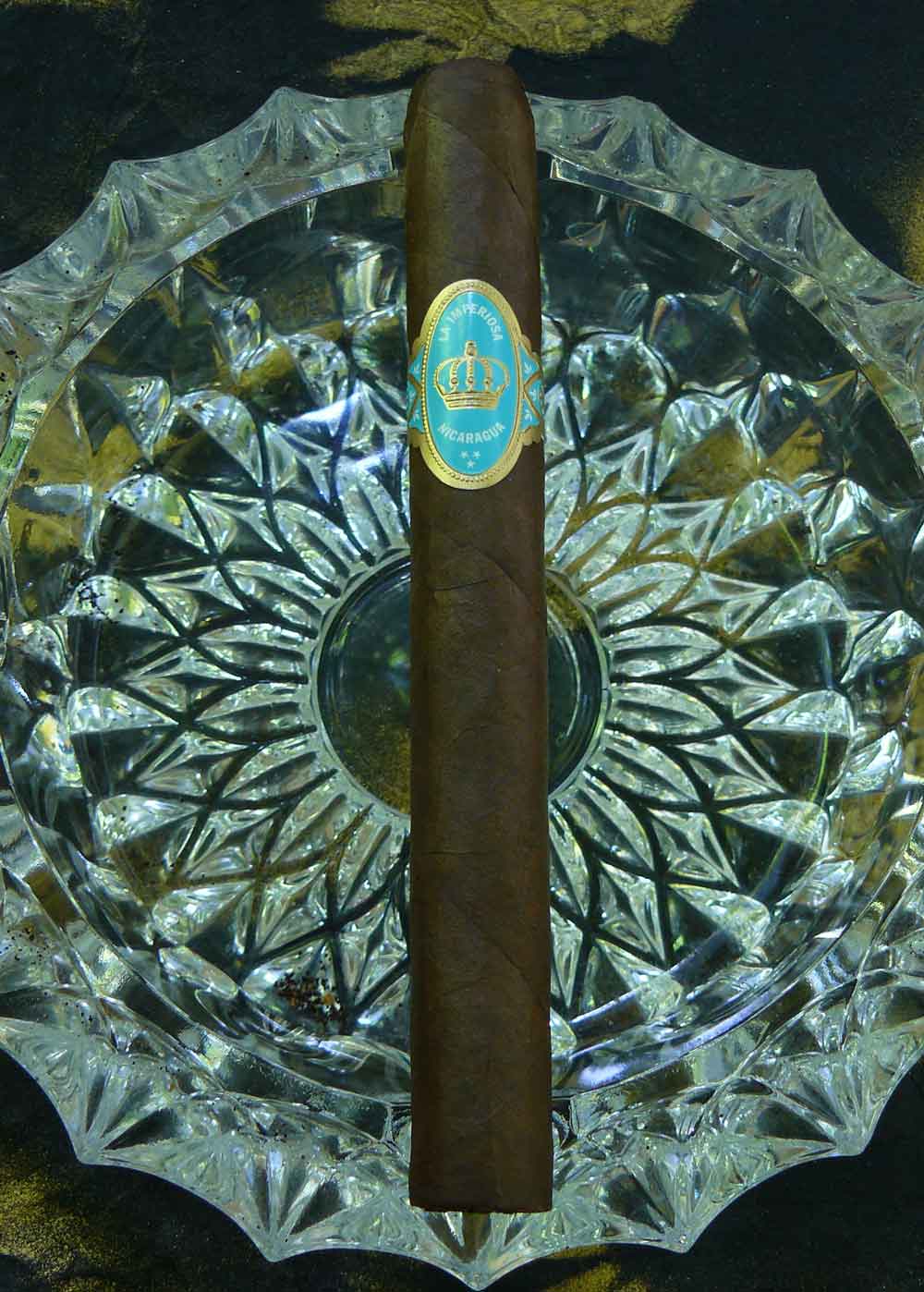 In 2014, Crowned Heads came out with Las Calaveras Edición Limitada 2014 to widespread critical acclaim. The following year, the company responded to requests for a regular production of the cigar by releasing a re-branded version of Las Calaveras called La Imperiosa, named after a defunct Cuban brand from the early 1900’s. Although the blend is the same as Las Calaveras, the La Imperiosa line comes in four sizes distinct from the original. La Imperiosa comes in Magicos 4½ x 52, Dukes 5½ x 54, Corona Gorda 5¾ x 46, and Double Robusto 6⅜ x 50, with prices running from $8.26 for the Corona Gorda to $9.76 for the Dukes in boxes of 24. As with Las Calaveras, La Imperiosa is manufactured by My Father Cigars in Nicaragua.

The La Imperiosa comes draped in a uniformly dark chocolate brown wrapper which shows a couple of medium veins among a few much finer ones, a slick oily sheen, and fine but obvious toothiness. The cigar is packed solidly, with extremely tight seams leading to the expertly applied triple cap. The band is a radical departure from the original Las Calaveras label, opting for gold and white lettering and graphics on a light turquoise background. As I sniff the wrapper, I am greeted by a smoky, meaty earthiness and light barnyard, while the foot shows deep, rich tobacco and a hint of cocoa. After clipping the cap, I am greeted by a very snug draw that shows sweet spice and cedar. 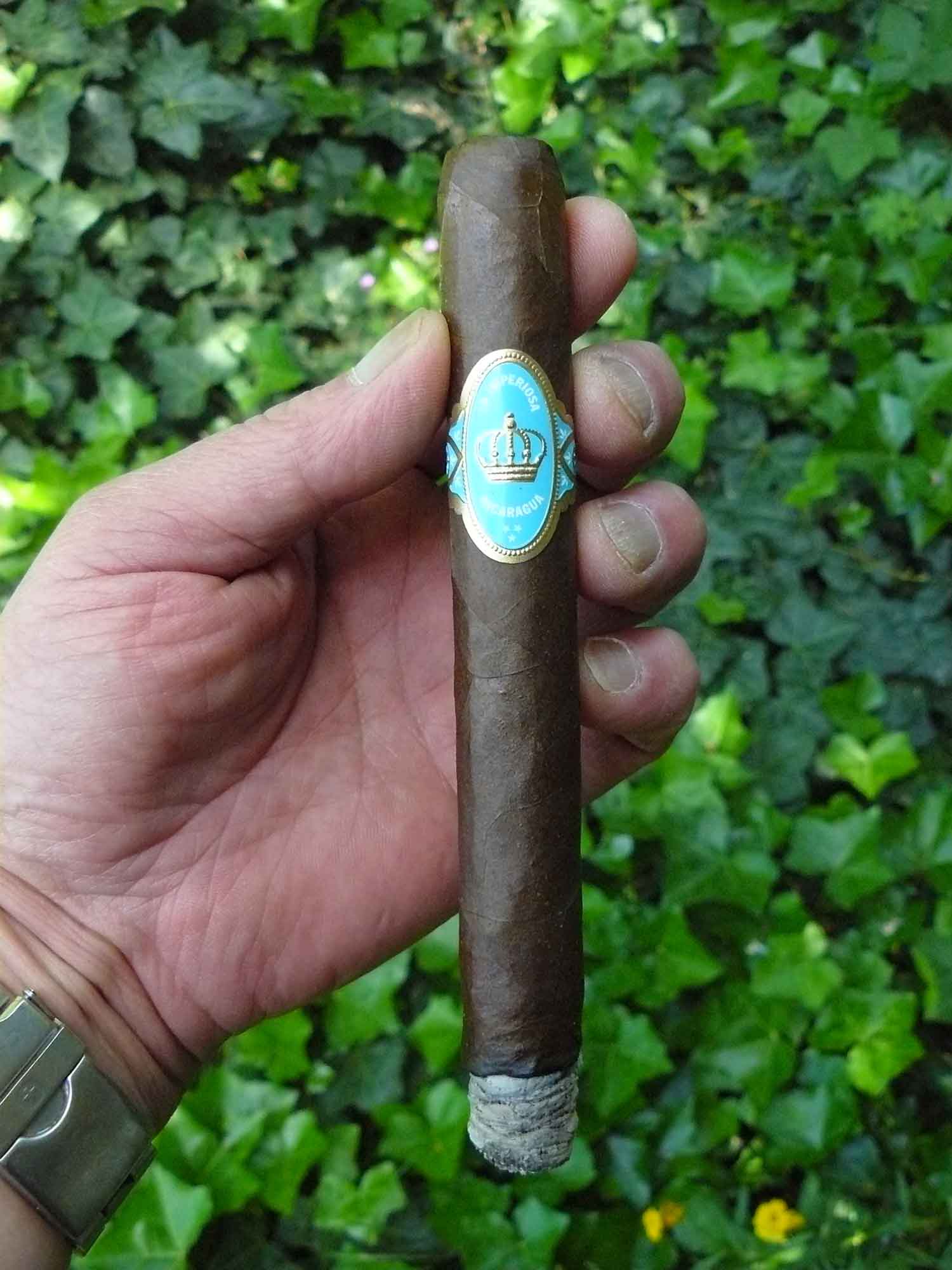 The introduction into the first third of the La Imperiosa displays notes of sweet spice, cedar, leather, and natural tobacco, with smooth earthiness and pepper on the retrohale. There is an enjoyable sweet-sour tanginess in the aftertaste. Orange citrus soon shows up to add to the complexity of the cigar and providing a terrific balancing flavor. The sweetness moves up, adding to the enjoyment.

In the middle section of the cigar, La Imperiosa continues to push out great smooth flavors, with cocoa joining in the fray, while the leather dissipates. The sweetness briefly takes on an almost cookie-like impression, but soon drops back as the spice and citrus regain control. The strength has inched up into the medium range, but the flavors still maintain their dominance. Earthiness moves up, but is still held in balance by the sweet/tart notes, as the cocoa turns more coffee-like.

As La Imperiosa enters the final third, the sweetness fallen back a bit, allowing the earthiness to creep forward, with the woodiness now more oak than cedar, but all of the other flavors are still driving things forward. Getting down towards the final inch, the sweetness once again makes a final push, and the cigar has smoked cool and very firm down to the nub. 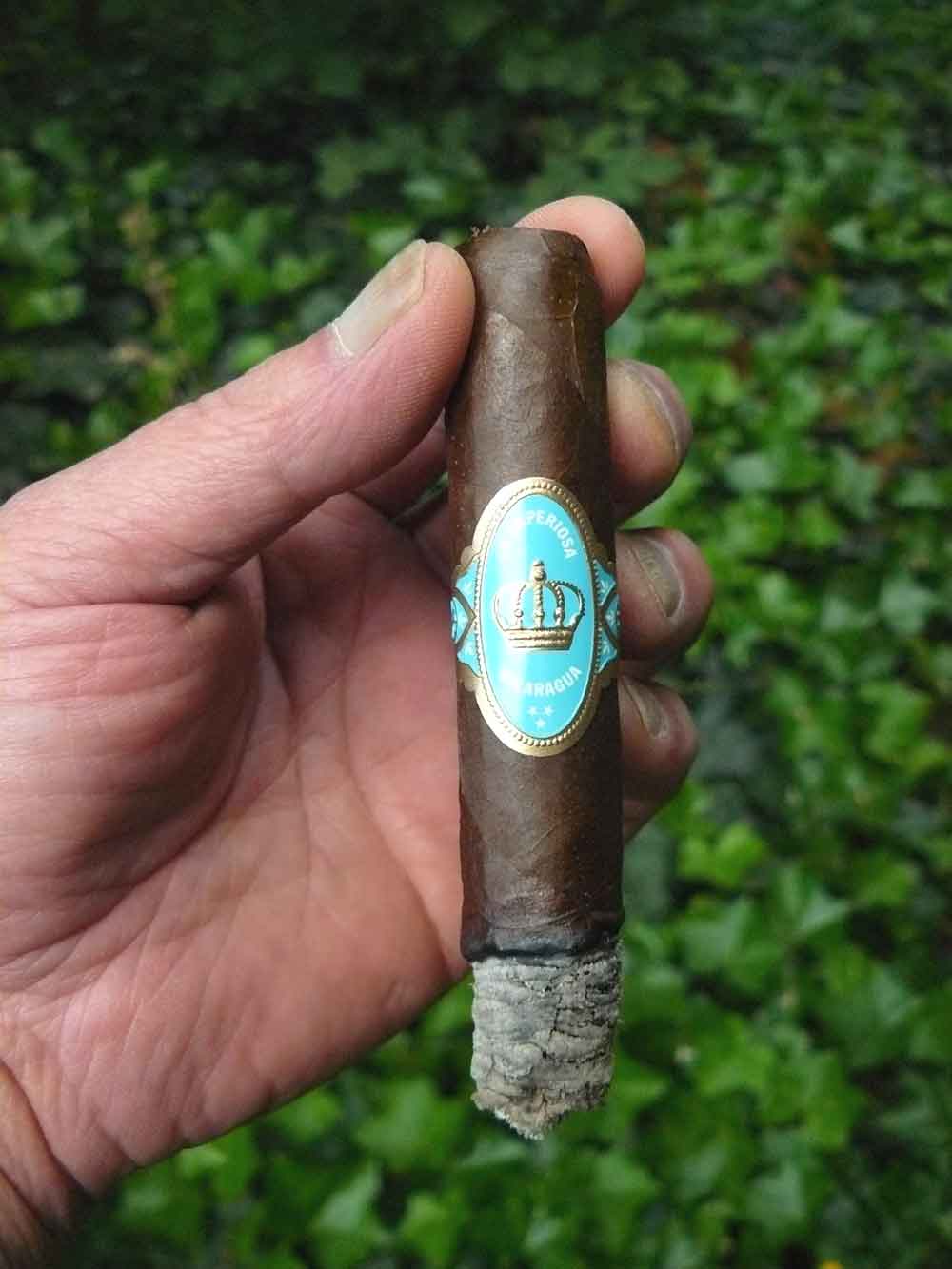 La Imperiosa is a terrific cigar, presenting a complex mix of enjoyable and smooth flavors in a well constructed package. The snug draw opened up and was never a problem regarding smoke production, and the burn was nice and even. The only negative I can point to is the color of the band that reminds me of “It’s a Boy!” type cigars, but that’s only a minor quibble for me, and should not deter anyone from picking up some – or a lot – of these cigars. The price is more than justified, and I highly recommend La Imperiosa to smokers from veteran puffers to those newer to cigars looking to move up to a stronger, but well balanced and flavorful smoke.

You can get La Imperiosa from Cuenca Cigars here.

For a beverage pairing, I had this cigar with Sierra Nevada’s Ovila Abbey Quad with Cherries, which was as terrific a match as one can have, but just about any Belgian strong ale should go very well with La Imperiosa. A sweet rum or rich tawny port would also be a great way to go.