Hit and Run is a collaborative effort from Matt Booth, former owner of the popular and well regarded Room 101 Cigars and Robert Caldwell of highly rated Caldwell Cigars. Launched at the 2017 IPCPR trade show in July, it is manufactured in the Dominican Republic at Tabacalera William Ventura, and comes in five sizes: 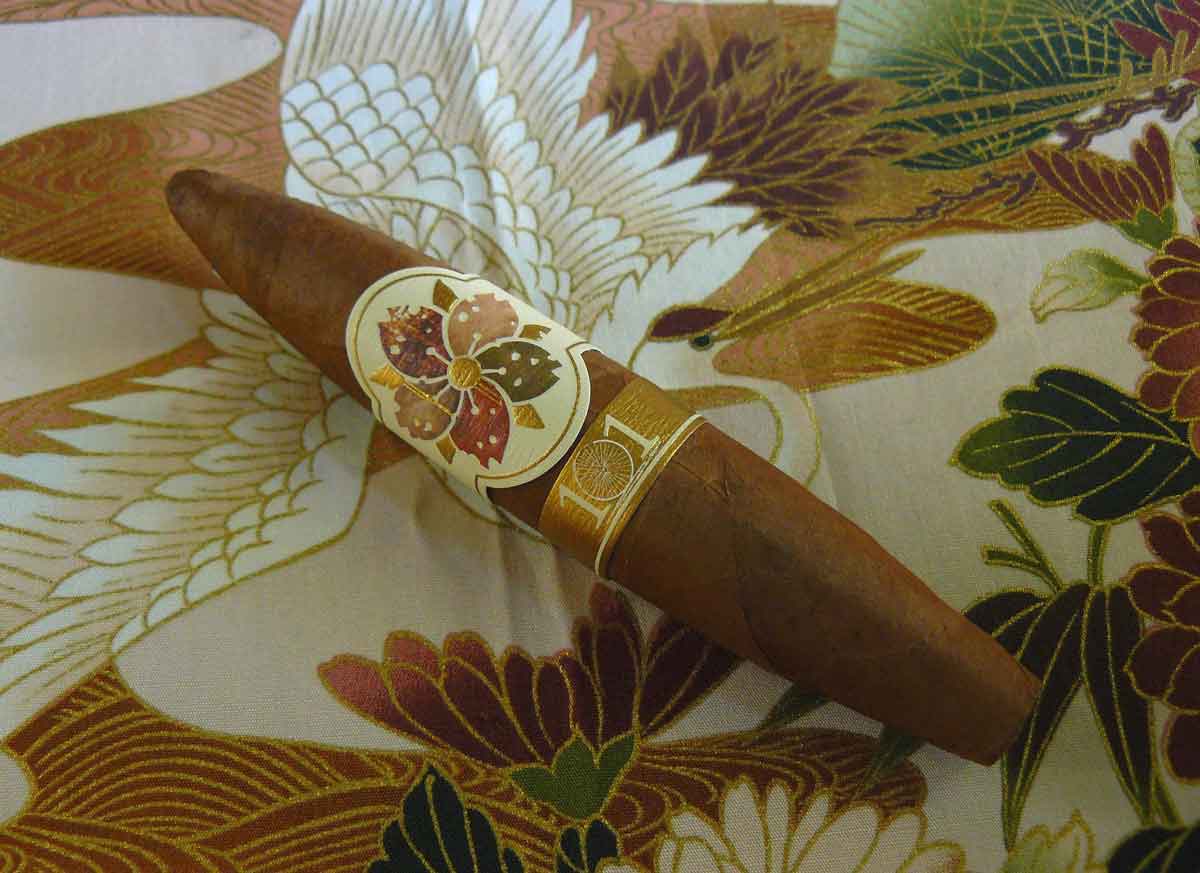 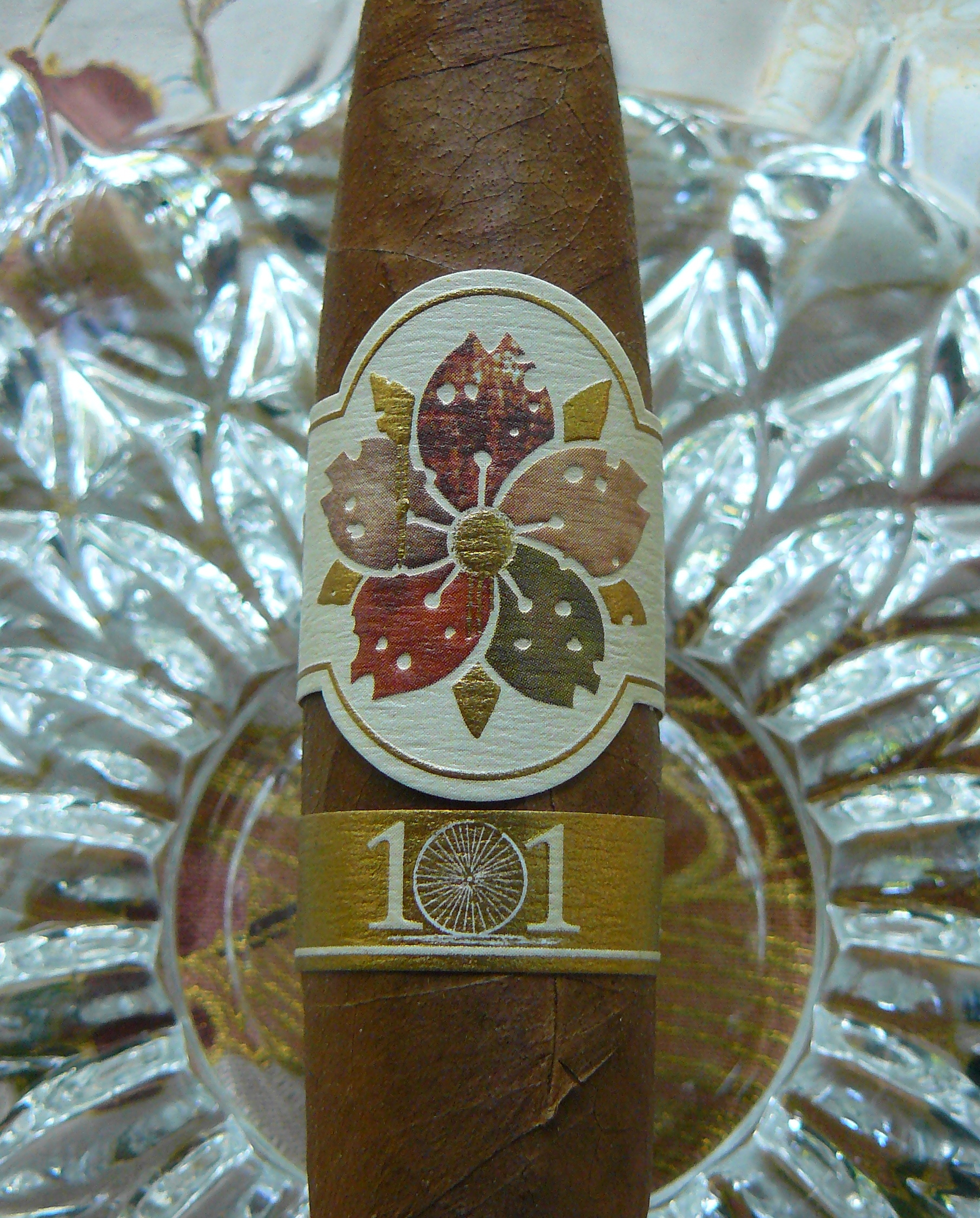 The Hit and Run Perfecto comes draped in a (mostly) uniform dark tan wrapper with fine veins and a light, fine toothiness. The pack is firm throughout. The Japanese-style floral design of the band in muted earth tones and gold on a white background matches well with the wrapper color and looks pretty classy. A vegetal earthiness is detected from the wrapper, but the small open area of the foot only gives up a natural tobacco scent. The cap clips cleanly to reveal a slightly snug draw that gives up sweet spice notes. 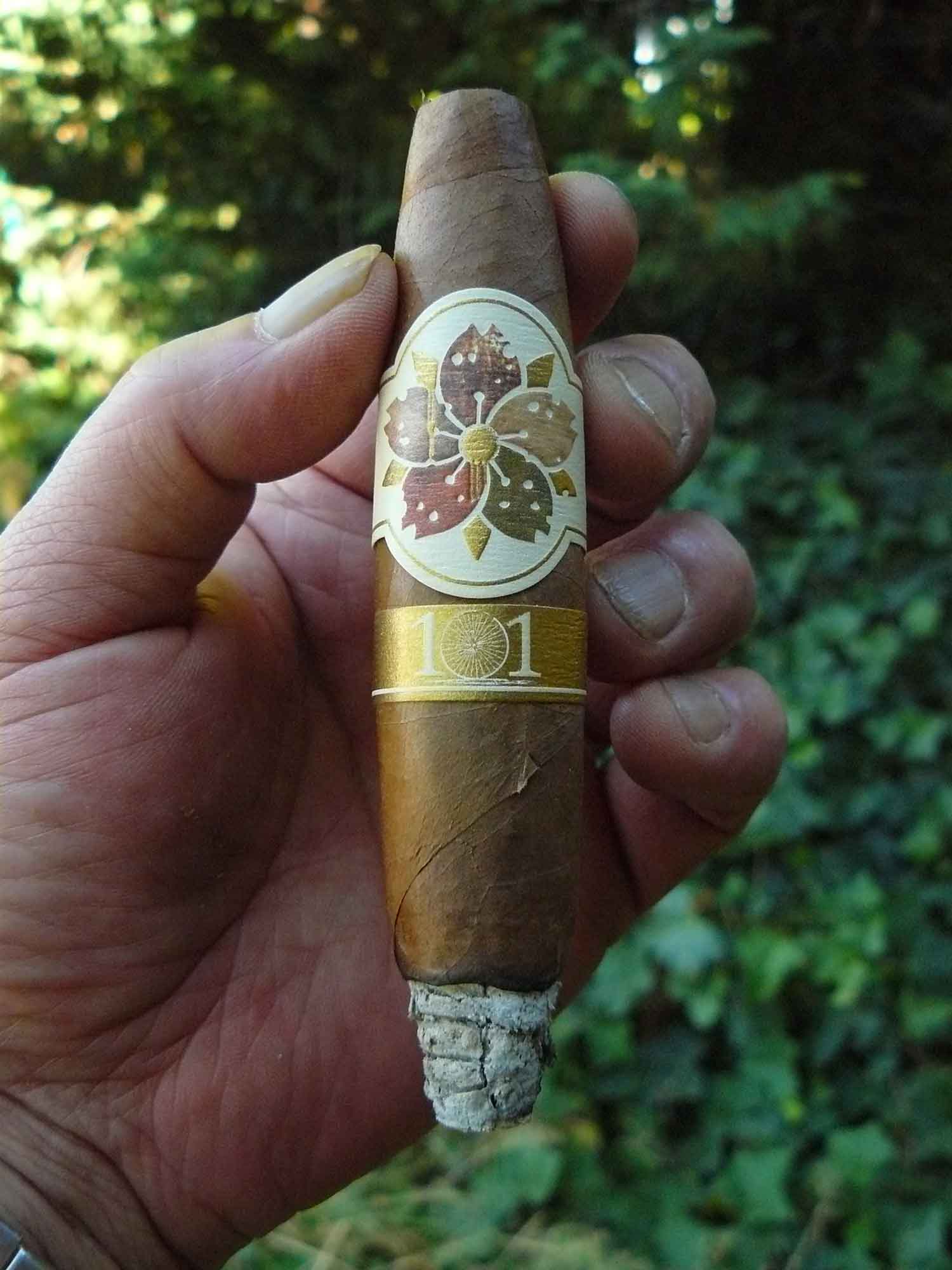 The first third of the Hit and Run starts out mild, with earth and oak mingling with natural tobacco and a noticeable lack of pepper, even on the smooth retrohale. Citrusy sweetness shows in the pleasant aftertaste. The flavors deepen as the smoke progresses, turning more savory and showing a bit of saltiness.

As the Hit and Run nears the mid-point, the flavors are rich, but the body remains at a high-mild to low-medium. Adding to the enjoyment are a floral element and a slight bit of char. The saltiness vanishes as a hint of musk enters the mix.

Getting into the narrowing final third, the Hit and Run moves up in sweetness while retaining its smooth texture, displaying characteristics of well aged tobacco. The strength, which had been low, bumps up and the char becomes a little more noticeable. The flavors continue to meld together well. A subtle bite finally shows up with a little more than an inch to go, and the Hit and Run smokes with no harshness down to the nub, winding up medium in body and strength. 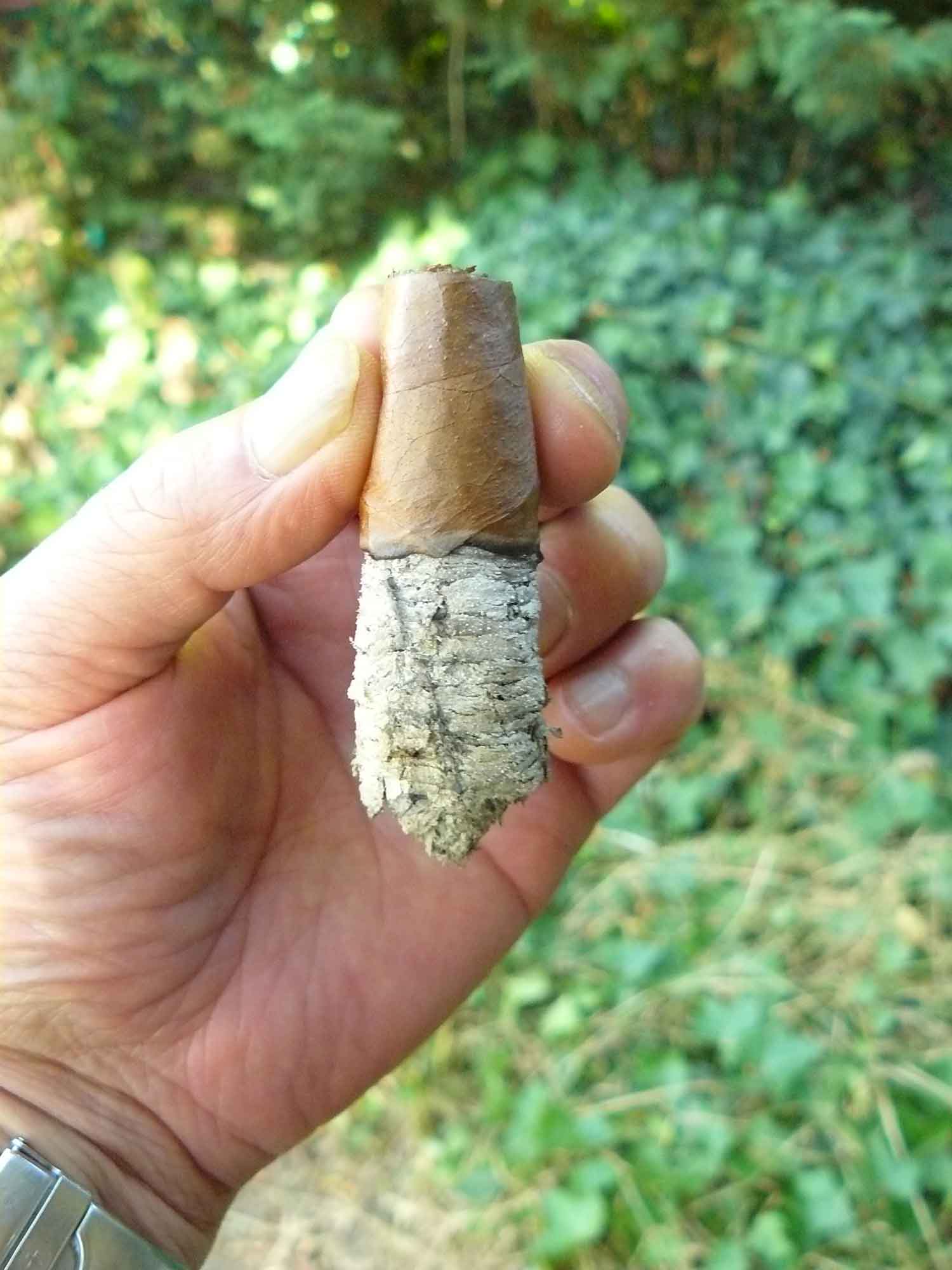 After smoking four of the five vitolas of the Hit and Run, the Perfecto seemed to be the mildest (I haven’t gotten around to the Piramide as of this writing), yet it had a good amount of rich and decently complex flavors with the shape lending nuanced transitions to the experience. All of the sizes exhibited top-notch construction and burn properties. The price may seem a bit high, but as of now, this is a limited production line, and in my opinion is well worth picking up on, especially if mild to medium smokes with well coordinated flavors are in your wheelhouse.

You can get the Hit and Run from Cuenca Cigars here.

For pairing suggestions, I had the Hit and Run with a triple IPA (Boneyard Notorious IPA3 with a whopping ABV of 11.5% from Oregon), which went very well with what the cigar had to offer, but you don’t have to go that big. A malty Imperial IPA, a Belgian Tripel, fruity bourbon, or Highland Scotch will also partner up well with this cigar.