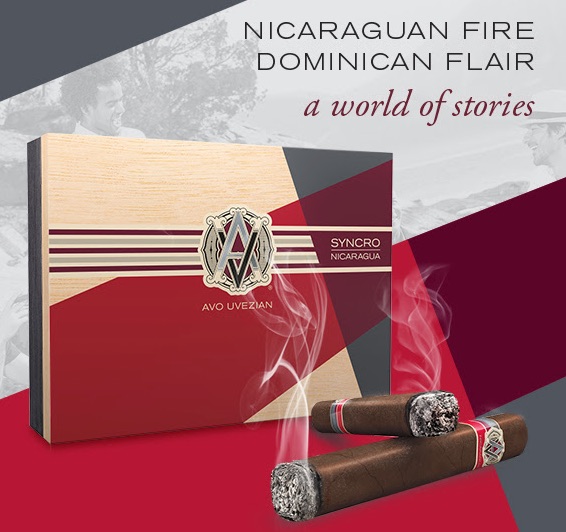 June 19th, 2015. Davidoff of Geneva has recently announced the release of a New AVO line of Cigars. The new AVO SYNCRO Nicaragua will be release at the IPCPR 83rd Annual Convention & International Trade Show 2015 in New Orleans.

The new AVO line for the year 2015 comes in a box-pressed format to be the first box pressed in the AVO line. The blend uses Nicaraguan tobaccos and will be a regular production.

AVO Syncro Nicaragua is a four-vitola release and it draws the inspiration from the idea of synchronizing Dominican and Nicaraguan tobacco, similar to synchronizing different instruments to create music. The blend uses a darker Ecuadorian Connecticut wrapper, Dominican binder and fillers from the Dominican Republic, Nicaragua’s Ometepe and Olancho, Peru. As you can see AVO is Synchronizing the world as well.

This will be the first regular production after AVO announced the makeover last year.

Prices will be release later July 2015!