If you are a cigar lover, then without any doubt, your preference would be Handmade Cigars because handcrafted cigars are of premium quality and fetch you the best taste and aroma. So, when it comes to premium cigars, the ultimate brand that storms in mind is Arturo Fuente Cigars. The cigars of this brand are consistently rated among the best cigars in the world. Let’s explore it further. 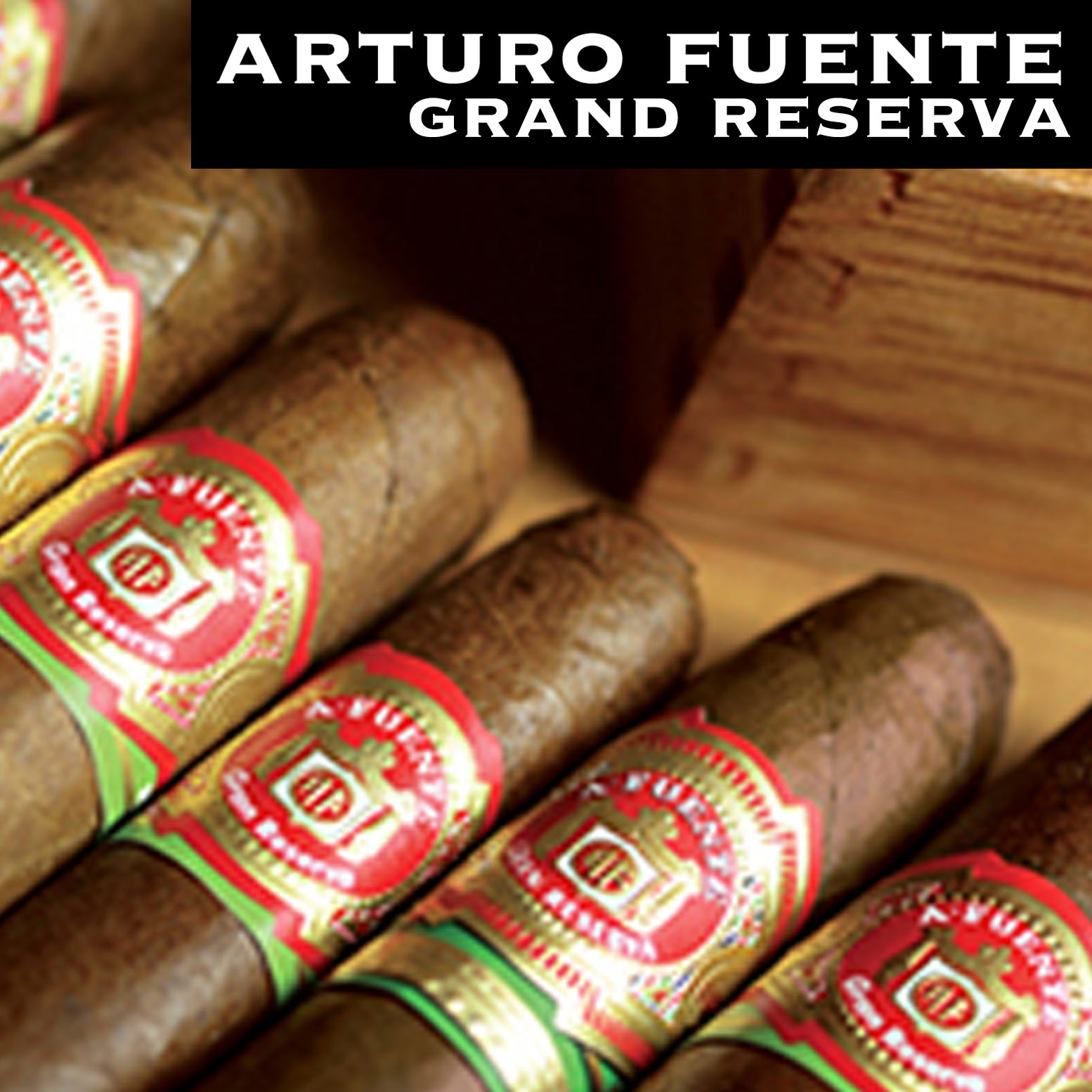 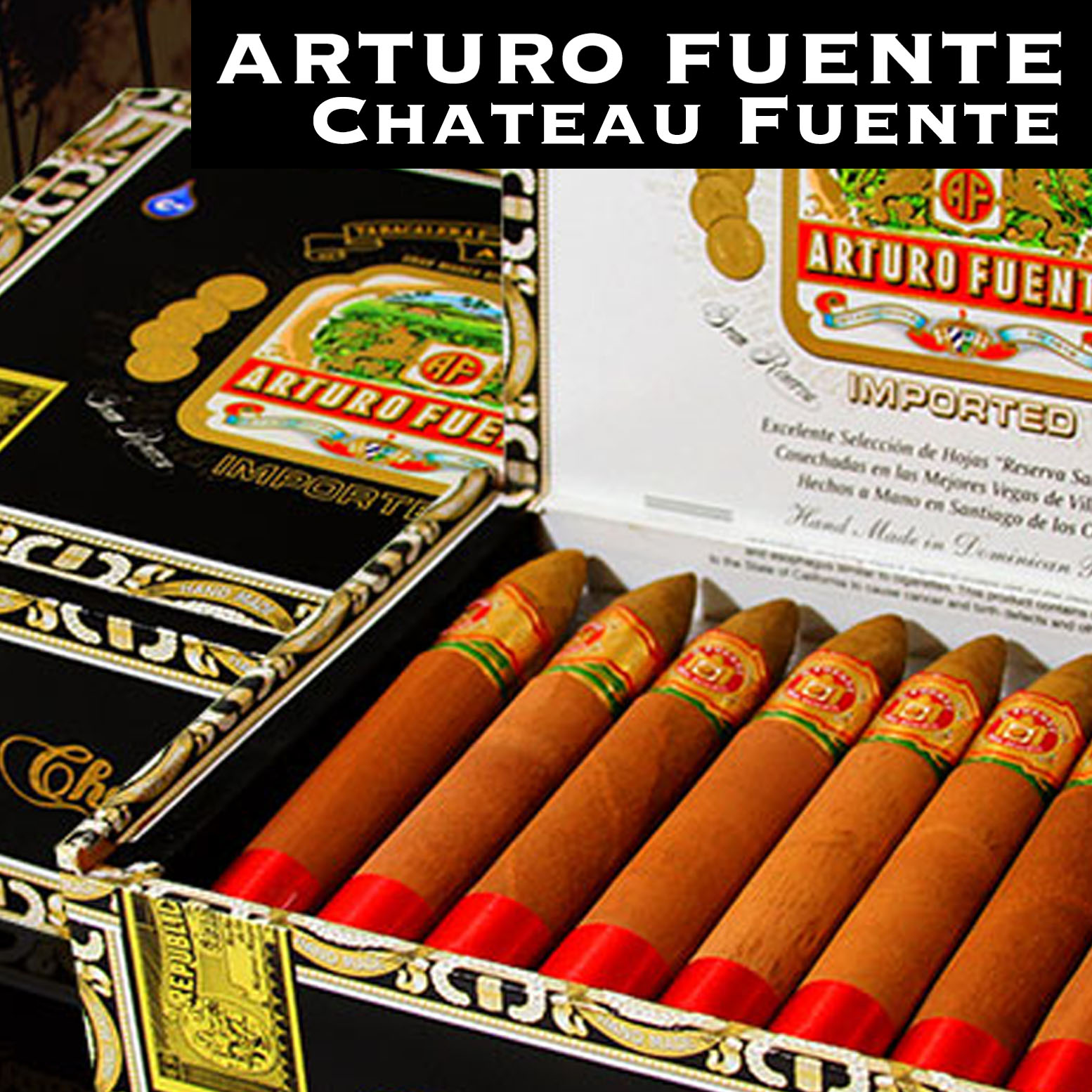 Famous Cigar Smokers prefer the Chateau Fuente line. A novelty cigar brand honoring the birthplace of the Opus X cigar wrapper. These cigars are extremely well-aged and tasteful, and still, the best cigars money can buy. 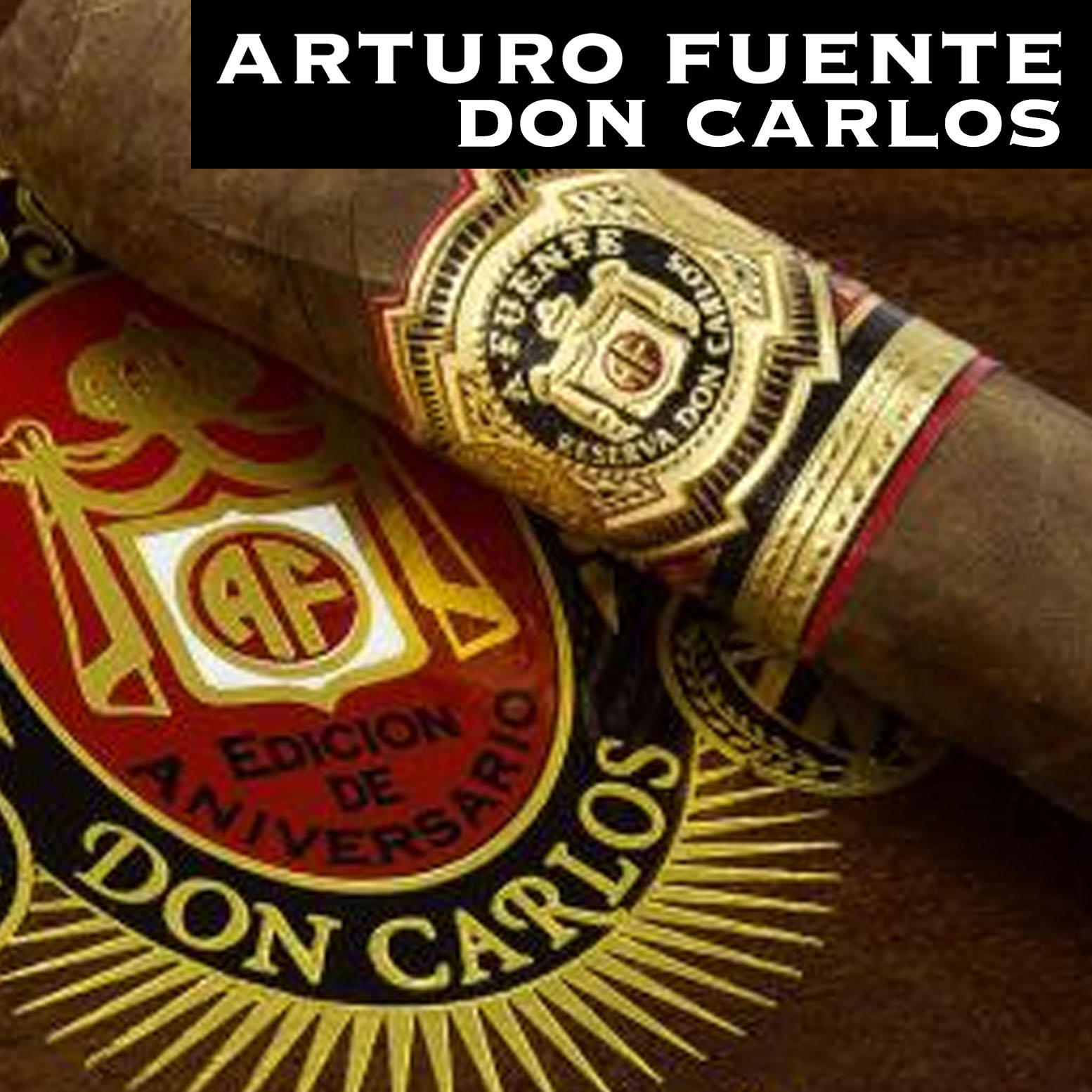 Arturo Fuente Don Carlos cigars are made to honor the founder and family patriarch of Arturo Fuente Cigars. It represents the Pride of the Fuente Family. Tradition, Passion, and cigar craftsmanship. 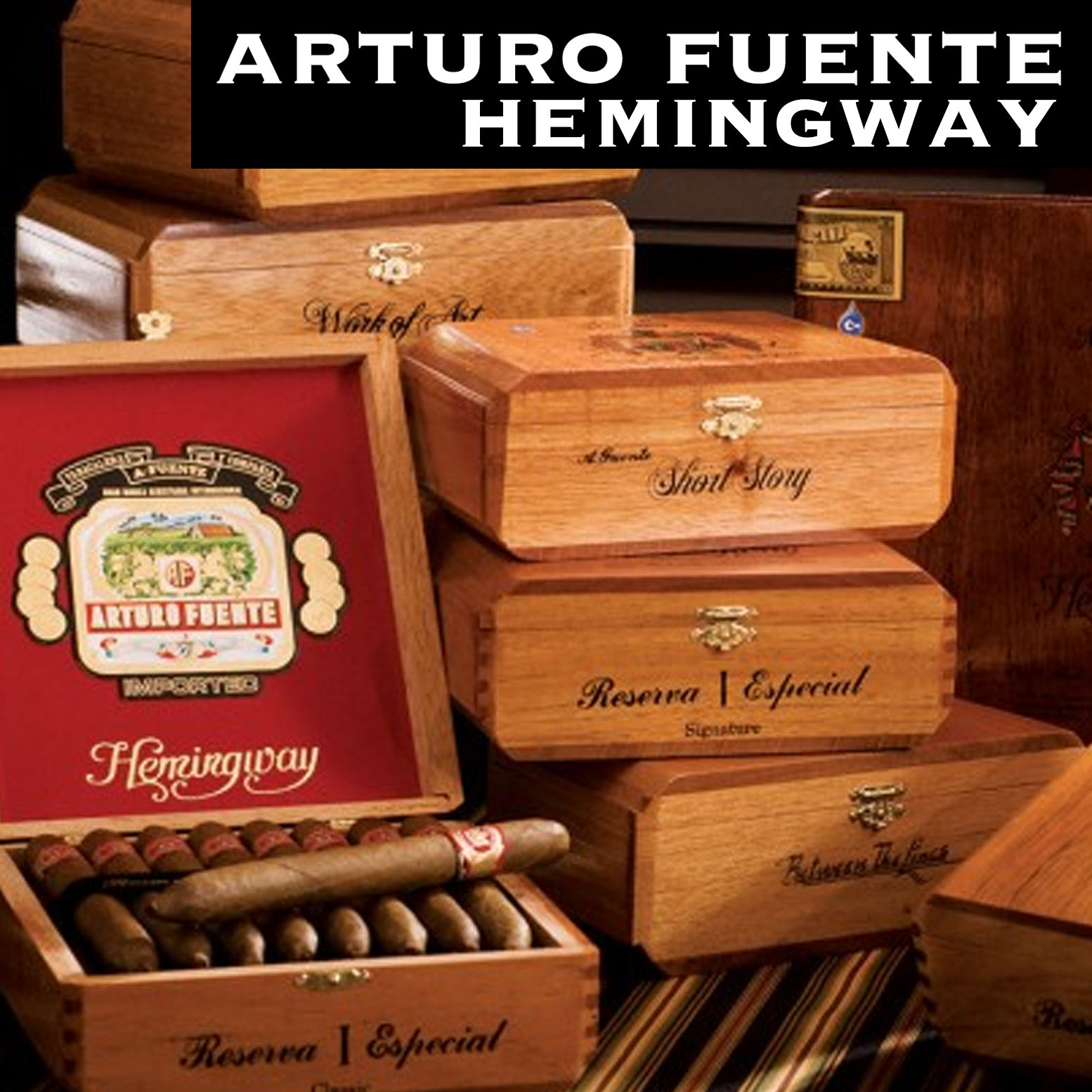 A delicious smoke. The Arturo Fuente Don Carlos Cameroon uses authentic African Cameroon and a Figurado Shape that redefine the cigar smoking experience. These cigars are the best cigars for beginners. 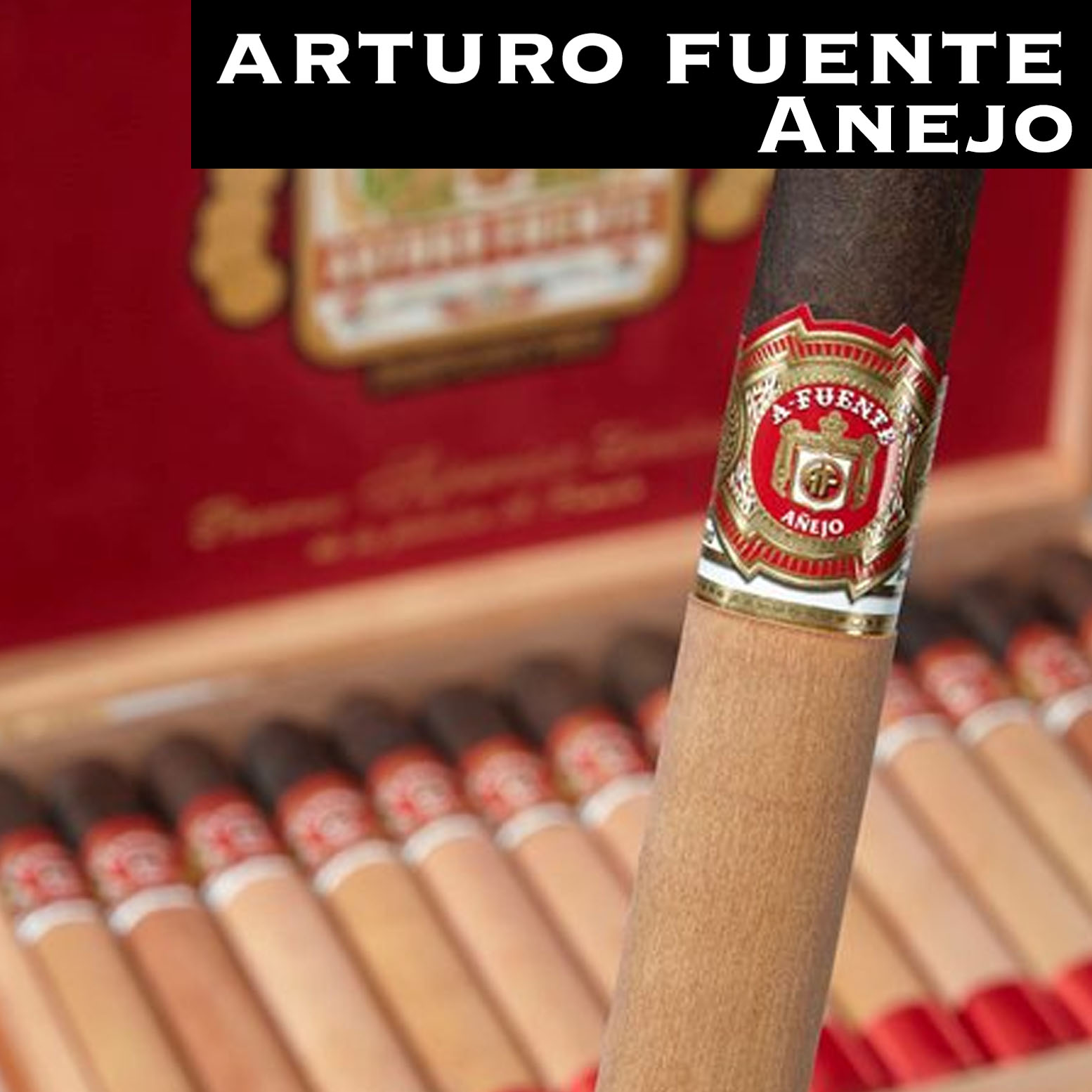 Arturo Fuente Anejo cigars are launched in November every year. These Limited Editions cigars are blended with the Opus X Binders and Fillers into a U.S Connecticut Broadleaf aged in Cognac barrels. These are medium to full smokes for the more sophisticated cigar Aficionado. 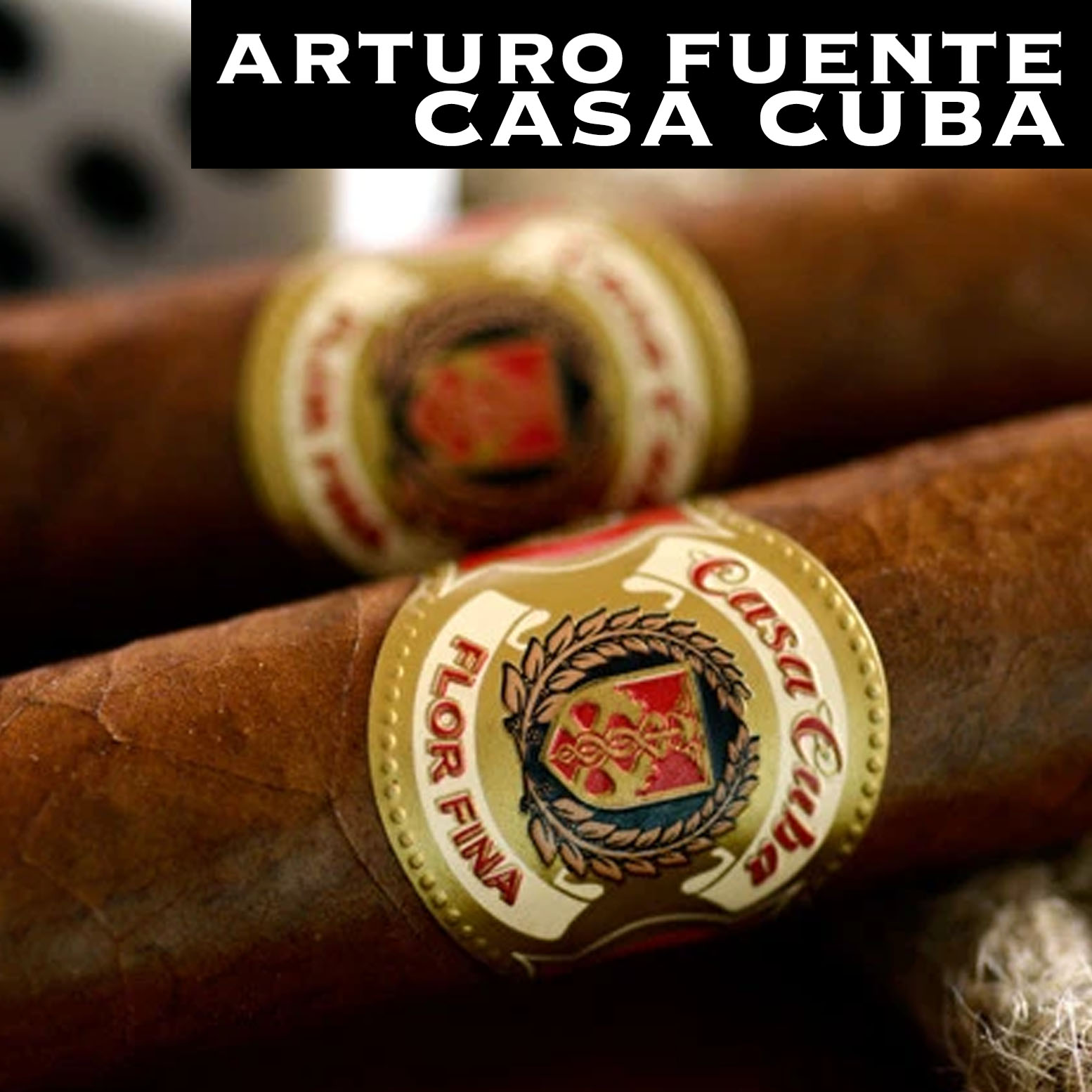 Casa Cuba cigars using a cigar brand family-owned this joyful cubanesque style cigar came to us as a gift from late Carlos Fuente Sr. A offering to cigar aficionados that appreciate complexity. From one of the greatest cigar master-blenders of all times, Don Carlos Fuente Sr. 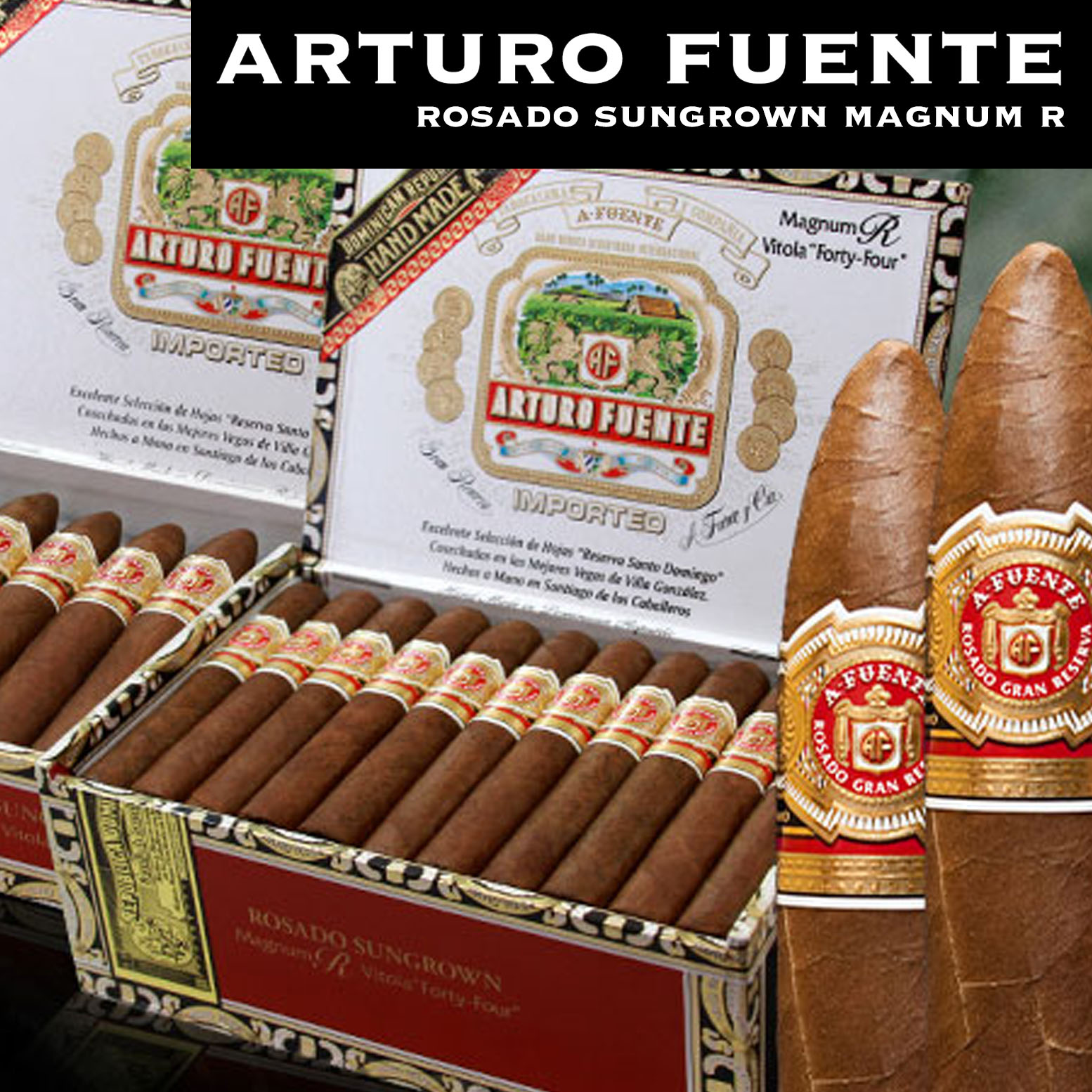 To defend and protect the legacy of Brick and Mortars Retailers across America comes this exquisite blend of Arturo Fuente Rosado Sungrown Magnum R. Carlos Carlito Fuente Jr, who has been a protector of our industry came once again with an intriguing and satisfying blend. This master blend smoke uses a delicate Rosado wrapper. 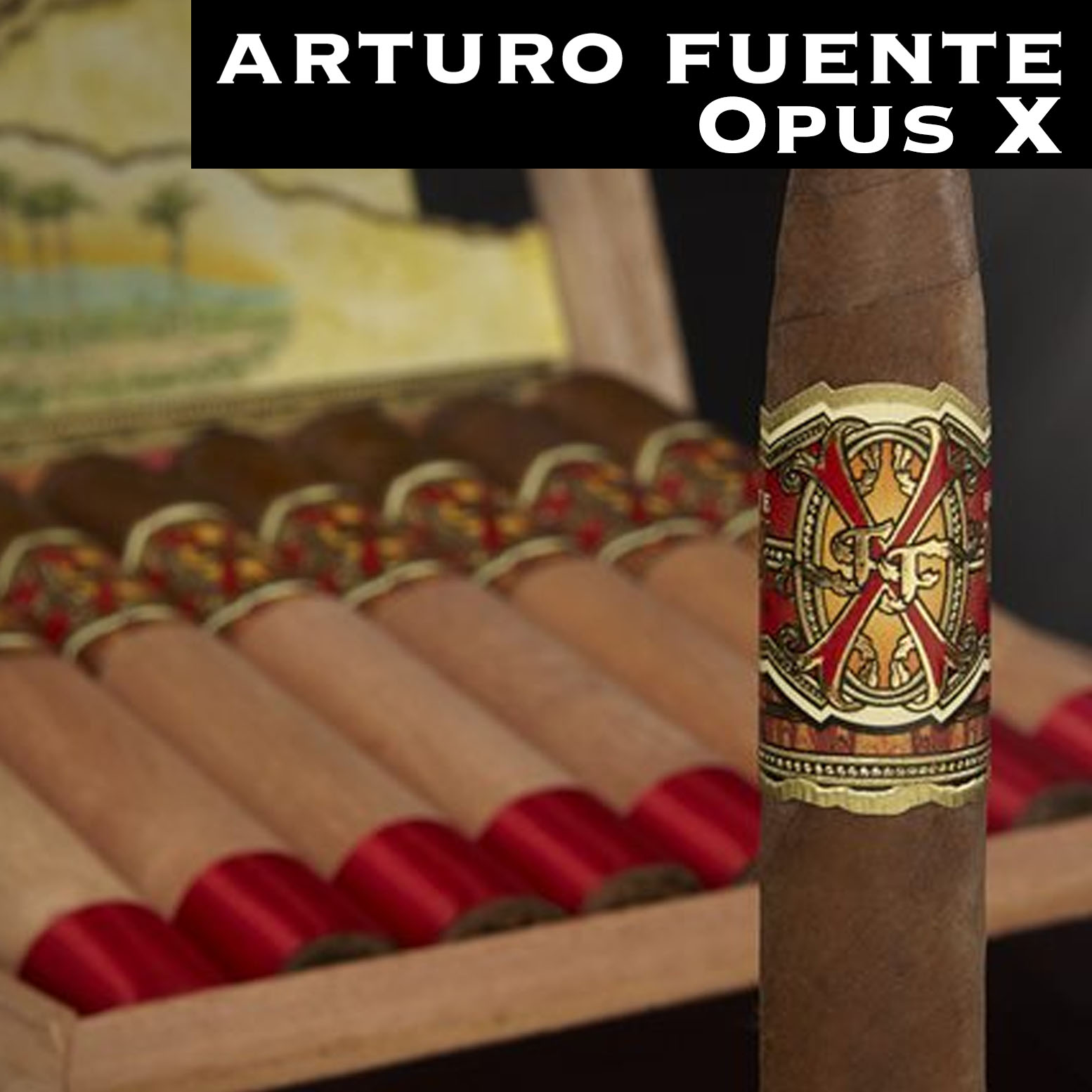 Fuente Fuente Opus X or Arturo Fuente Opus X is the real Dominican Puro. A gift from the Fuente Family to the most refined cigar aficionado. These limited editions cigars are rare smokes and extremely hard to find. If you see it, You Buy it!

It is a brand of premier handmade cigars having an existence over 100 years. Moreover, it was founded by Arturo Fuente, Sr. in 1912 in West Tampa, Florida. The brand is famous for its hand-rolled cigars in the world. The company has seen many ups and downs since its existence. From 1924 to 1946, its production remained ceased due to catastrophic fire. However, after its re-emerging, it started growing slowly and steadily. As of 2010, Arturo Fuente was producing 30 million cigars per year on its Dominican Factory.

A brief History of this Cigar Company

As mentioned earlier, the Cuban Arturo Fuente opened the cigar company was in 1912 in Florida. Mr. Fuente was then just 24 years old when he laid the foundation. It is also worth mentioning that Fuente came to the USA from Cuba in 1902 because of the Spanish-America war. Initially, the company was a just three-story building where cigars were hand-rolled. All materials used to be imported from Cuba. Till 1924, it expanded well and there were 500 workers when they incorporated it as Fuente & Co. But then an unpleasant fire incident and a disaster happened that ceased the production.

Redemption of the Fuente Brand

Fuente could not recover immediately after the fire incident. However, it took 22 years, and after the end of World War II in 1946, it started re-establishing itself. The company relaunched with a brand “in the garage” in a 160 square feet back porch of his home. At that time most of the work was done by the family members. Fuente’s son Carlos and Arturo, Jr. also started sweeping the floor and help in rolling after their school. However, it remained at a low scale in the 1950s.

Ownership transferred to the son Carlos

Artur’s son Carlos contracted Polio at the age of 12, however, he survived this disease. But he dropped out of school before his graduation. So, he started working full time in the small cigars factory. Hence, in 1958, Artur offered the company to his son, and ownership was transferred to Carlos Sr. who was very ambitious and an extremely hardworking person. He initially targeted the Hispanic market for cigars and slowly he started progressing.

Introduction of new tobacco in cigars

Till 1962, the Cuban Tobacco was used to make the cigars. However, after the Cuban Embargo was stablished the chain of the supply of tobacco was broken, the company had to find new tobacco to blend the cigars. So, they started buying tobacco leaf from other regions like Colombia. In 1970, Carlos Sr., joined with the blossoming Nicaraguan cigar industry and he started growing tobacco in Nicaragua. However, again a disaster happened when the Sandinista Revolution took place. Then Don Carlos mortgaged his house to bring capital to invest in as he went to Dominican City. It was the deal of profit as he established Tabacalera Fuente tobacco company in Santiago.

Company in the 21st century

The company grew a lot over the years and soon became the number one cigar brand globally, as of a report in 2010. However, there were 30 million cigars produced per year.

But all the cigars produced at this time we're in a classic old fashion. They needed to get out a bit of the traditional craftsman and innovate to stand out from the competition. And they did that. Arturo Fuente Hemingway line was born. Two factors were of crucial importance here; first, the use of Authentic African Cameroon and the Figurado shape of these cigars. After the Hemingway success, a new line was hand-rolled in honor of Don Carlos Fuente Sr, a cigar brand that bears the name of the founder and family patriarch of Tabacalera A. Fuente.

They produced high-quality cigars, but they were confronting an issue finding Tobacco Leave wrappers comparable with Cuban wrappers. Many people were bailing out the fact that Dominican Cigars were not as good as Cuban Cigars. They were told they were not capable of making a high-end cigar having Cuban Tobacco competing with them. But Carlos Sr. was sided by son Carlos Carlito Fuente Jr., A person of incredible talent and passion. With all his father's support, they both took the challenge, and Chateau de La Fuente was born. In the Santiago area, afar from the other cigar manufactures and growers, they started the empire of Fuente Fuente Opus X, a Dominican Puro. All the tobacco is grown by the Fuente Family.

In Dominican city, the company has its own tobacco farms. Back in 2004, Andy García, a Cuban-American actor and film director contacted Carlos Fuente, Jr. seeking to film scenes for the film The Lost City in the Fuente tobacco fields. Moreover, Fuente is also known for quality control. The Fuente family packs their cigar boxes with Boveda, advanced 2-way humidification device.

Apart from this, Arturo Fuente is the manufacturer of the Ashton brand, established in 1985 by Robert Levin of Philadelphia. The company also makes some of the cigars sold by the J.C. Newman Cigar Company of Tampa, Florida, While in return, Newman handles the production of all of Arturo Fuente's machine-made product as well as the US Distribution of Arturo Fuente Cigars.

How Arturo Fuente and Newman families contributes to the education?

Arturo Fuente partnered with Swiss watchmaker Hublot to release several watches dedicated to their cigars: the Hublot King Power Arturo Fuente in 2012, and the Hublot Classic Fusion ForbiddenX in 2014.

All of these partnerships are used to fund the Cigar Family Charitable Foundation. The proceeds of the sales of all of these extremely high-end cigars as well as accessories are used on its entirely to fund this nonprofit organization that provides education to Children in the Dominican Republic. A divine project that stared to provided elemental education to kids that has now converted into a full complex of Education.

Music Academy sponsored by Famous Jazz Trumpet Arturo Sandoval and Juan Luis Guerra. A technical Institute sponsored by Hublot that include among others specialties a Nursing School, Microsoft Certification Program among others.

Just to complete the support, cigar retailers across America participate every year in the project CFCF Toast Across America. Fuente and Newman family every year manufacturer an extremely rare cigar from each company and the cigar retailers purchase this twin pack and sale it for the exact amount to consumers. The full value of this package is use towards the CFCF fund.

Twenty years later, the project is now a reality with generations of children born in extreme poverty having now a change in life. The foundation also sponsors for students to go to Universities. The only requirement is to GIVE BACK to their community.

Why Arturo Fuente's cigars stand out from the rest?

Making cigars today is a challenge. Many tobacco companies are experimenting with new blends, using beautiful designs and packaging. But no manufacturer even goes near to the method Fuente Cigars uses. Attention to detail, first, in the aging process. The fact that they use old tobacco is key. And this is just the beginning. After the tobacco is hand-rolled by skilled artisans, another aging process starts. The cigars rest in the Fuente aging rooms for a specific period of time or until they are ready. Each brand has a different set of rules based on the humidity they need, the tobaccos they use. Once they are ready for labeling and packaging, another set of rules apply. When a Fuente Cigars arrives at the consumers' hands, it is hard to know how many sets of eyes and hands have been working on that little and enjoyable stick. Their motto: "We will never rush the hands of time." Arturo Fuente Cigars are today considered the best handmade Dominican Cigars. This is what's makes Arturo Fuente's cigars stand out from the rest.

What are some of the highlights of Arturo Fuente Cigars?

There are many highlights in this millennium cigar company. To mention a few.

Cuban Cigars are a treat for cigar aficionados. When you hear the word cigars and are not an avid cigar smoker, Cuban Cigars come to mind. But everything changes when you are an experienced cigar smoker. Then, you know that Arturo Fuente Cigars, even the inexpensive cigars they make, have a quality of tobacco that makes them the best cigars in the world. Famous cigars smokers sought after Opus X Cigars, Arturo Fuente Don Carlos Edicion Aniversario, or even the Don Carlos Line cigars. They know Arturo Fuente cigars are better than Cuban Cigars.